The Aboriginal Tent Embassy was established in Canberra in January 1972, when four Aboriginal activists drove from Sydney to Canberra, planted a beach umbrella on the lawns across the road from the Commonwealth Parliament House, and called it an Embassy. They were responding to a speech by conservative Prime Minister William McMahon in which he rejected Aboriginal land rights and reaffirmed the government's commitment to a policy of assimilation. The protestors declared that McMahon's statement effectively relegated indigenous people to the status of 'aliens in our own land', thus as aliens 'we would have an embassy of our own'. The brilliant idea of pitching a Tent Embassy hijacked all the symbolic 'national significance' attached to this small patch of grass by the Australian state and media, and put it to work for radically different purposes. It enacted the kind of land rights that the activists were seeking, and it did so in a way that also drew attention to the living conditions of so many Aboriginal people across Australia. On its twentieth anniversary, the Embassy was permanently established, as part of an on-going struggle for recognition of Aboriginal land rights and sovereignty. It remains today, and celebrates its fortieth anniversary in 2012. This book draws together contributions from an interdisciplinary group of Aboriginal and non-Aboriginal scholar, some of whom were participants in the events that they write about, to examine the social, historical and political significance of the Aboriginal Tent Embassy for Australian society and for the struggle for indigenous rights internationally.

Other Editions - The Aboriginal Tent Embassy by Gary Foley 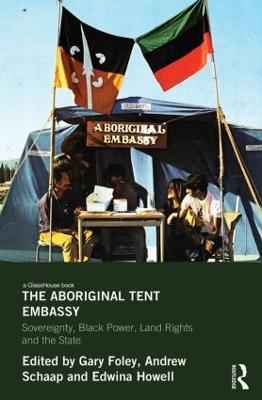 » Have you read this book? We'd like to know what you think about it - write a review about Aboriginal Tent Embassy book by Gary Foley and you'll earn 50c in Boomerang Bucks loyalty dollars (you must be a Boomerang Books Account Holder - it's free to sign up and there are great benefits!)

A Practical Guide to the Psychology of Relationships
John Karter
$10.91 $12.99