Alibi for a Dead Man

Description - Alibi for a Dead Man by Wilson Toney

ALIBI FOR A DEAD MAN

A Bug and Roche Mystery

You'd think robbing a bank would be an easy way to make money. Outside of the occasional shot fired at you, a bank is where the money exists, and is yours for the having. While this idea may be okay for the casual robber, it doesn't hold true for the professional. If you want the bucks, but don't want to get shot or do time in the nearest pen, then robbing banks is very hard.

The best way to rob a bank is to be there when other people ain't and to leisurely load the dough into the handy bag you brought for the occasion. To be there when people ain't means a lot of planning, cause there are often people there, people with guns. So, if you want to make a living on other people's money then don't ever, and I mean ever, rob a bank during banker's hours, or even during waking hours. Rob a bank at night...

Other Editions - Alibi for a Dead Man by Wilson Toney 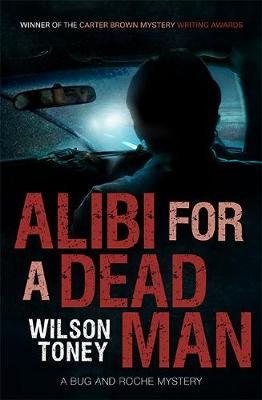 Book Reviews - Alibi for a Dead Man by Wilson Toney

» Have you read this book? We'd like to know what you think about it - write a review about Alibi for a Dead Man book by Wilson Toney and you'll earn 50c in Boomerang Bucks loyalty dollars (you must be a Boomerang Books Account Holder - it's free to sign up and there are great benefits!)


A Preview for this title is currently not available.
More Books By Wilson Toney
View All