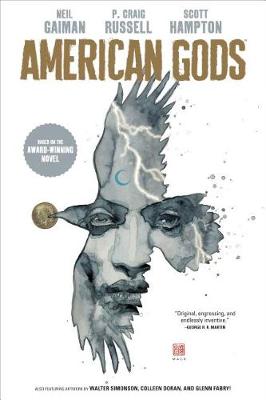 » Have you read this book? We'd like to know what you think about it - write a review about American Gods Volume 1: Shadows (Graphic Novel) book by Neil Gaiman and you'll earn 50c in Boomerang Bucks loyalty dollars (you must be a Boomerang Books Account Holder - it's free to sign up and there are great benefits!)

Neil Gaiman is the celebrated author of books, graphic novels, short stories, and films for readers of all ages. Some of his most notable titles include the groundbreaking #1 New York Times bestselling Sandman comics series (which garnered nine Eisner Awards and the World Fantasy Award for Best Short Story); The Graveyard Book (the first book ever to win both the Newbery and Carnegie medals); American Gods (which will soon be released as a television show in the US); and The Ocean at the End of the Lane, the UK's National Book Award 2013 Book of the Year. The film adaptation of How to Talk to Girls at Parties (directed by John Cameron Mitchell) will be in theaters in 2017.