Description - The Arrival by Shaun Tan

Haunting, original and told entirely through exquisitely imagined black, white and sepia pictures, THE ARRIVAL is the story of one man's encounter with life in a strange new world. It's a timeless, universal story that will resonate with anyone, anywhere who has struggled to start again in a place that is different to the one they have always known. Much loved around the world, THE ARRIVAL has also won numerous awards including the CBCA Book of the Year and 'Best Album' at the Augouleme Festival in France.

Other Editions - The Arrival by Shaun Tan 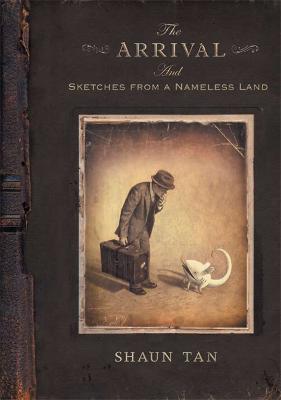 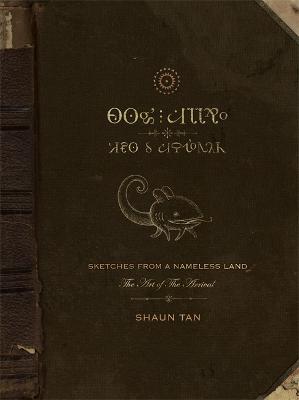 » Have you read this book? We'd like to know what you think about it - write a review about Arrival book by Shaun Tan and you'll earn 50c in Boomerang Bucks loyalty dollars (you must be a Boomerang Books Account Holder - it's free to sign up and there are great benefits!)

Shaun Tan grew up in Perth and graduated from the University of Western Australia with joint honours in Fine Arts and English Literature. He began drawing and painting images for science fiction and horror stories in small-press magazines as a teenager, and has since become best known for illustrated books that deal with social, political and historical subjects through surreal, dream-like imagery. His works include The Red Tree, The Lost Thing, Rules of Summer and the acclaimed wordless novel The Arrival. All have been widely translated throughout Europe, Asia and South America, and are enjoyed by readers of all ages. Shaun has also worked as a theatre designer and a concept artist for the films Horton Hears a Who and Pixar's WALL-E and in 2011, he shared an Academy Award for his work on the animated short film based on his book, The Lost Thing. In that same year, he won the Dromkeen Medal for services to children's literature and the Astrid Lindgren prize, the world's richest children's literature award. For more information visit shauntan.net