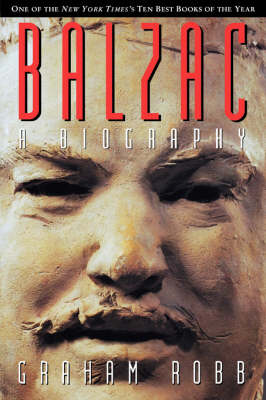 In the first major English biography of Honore de Balzac for over fifty years, Graham Robb has produced a compelling portrait of the great French novelist whose powers of creation were matched only by his self-destructive tendencies. As colorful as the world he described, Balzac is the perfect subject for biography: a relentless seducer whose successes were as spectacular as his catastrophes; a passionate collector, inventor, explorer, and political campaigner; a mesmerizing storyteller with the power to make his fantasies come true. Balzac's early life was a struggle against literary disappointment and poverty, and he learned his trade by writing a series of lurid commercial novels. Robb shows how Balzac's craving for wealth, fame, and happiness produced a series of hare-brained entrepreneurial schemes which took him to the remotest parts of Europe and into a love affair with a Polish countess whom he courted for fifteen years by correspondence. Out of these experiences emerged some of the finest novels in the Realist tradition. Skillfully interweaving the life with the novels, Robb presents Balzac as one of the great tragi-comic heroes of the nineteenth century, a man whose influence both in and outside his native France has been, and still is, immense.

Other Editions - Balzac by Graham Robb » Have you read this book? We'd like to know what you think about it - write a review about Balzac book by Graham Robb and you'll earn 50c in Boomerang Bucks loyalty dollars (you must be a Boomerang Books Account Holder - it's free to sign up and there are great benefits!)


A Preview for this title is currently not available.
More Books By Graham Robb
View All