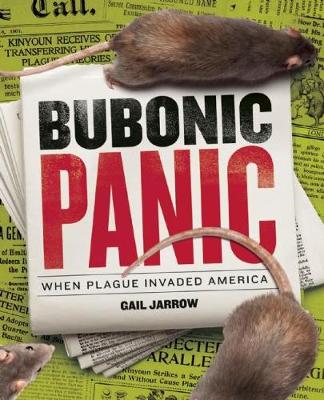 A School Library Journal Best Book of the Year A New York Public Library Best Book for Teens In March 1900, San Francisco's health department investigated a strange and horrible death in Chinatown. A man had died of bubonic plague, one of the world's deadliest diseases. But how could that be possible? Bubonic Panic tells the true story of America's first plague epidemic--the public health doctors who desperately fought to end it, the political leaders who tried to keep it hidden, and the brave scientists who uncovered the plague's secrets. Once again, acclaimed author and scientific expert Gail Jarrow brings the history of a medical mystery to life in vivid and exciting detail for young readers. This title includes photographs and drawings, a glossary, a timeline, further resources, an author's note, and source notes.

» Have you read this book? We'd like to know what you think about it - write a review about Bubonic Panic book by Gail Jarrow and you'll earn 50c in Boomerang Bucks loyalty dollars (you must be a Boomerang Books Account Holder - it's free to sign up and there are great benefits!)

A Preview for this title is currently not available.
More Books By Gail Jarrow
View All