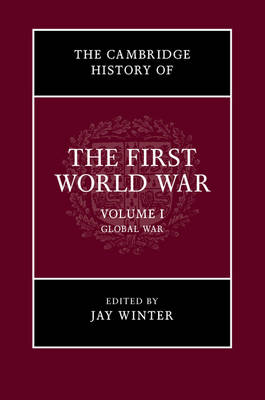 This first volume of The Cambridge History of the First World War provides a comprehensive account of the war's military history. An international team of leading historians charts how a war made possible by globalization and imperial expansion unfolded into catastrophe, growing year by year in scale and destructive power far beyond that which anyone had anticipated in 1914. Adopting a global perspective, the volume analyses the spatial impact of the war and the subsequent ripple effects that occurred both regionally and across the world. It explores how imperial powers devoted vast reserves of manpower and material to their war efforts and how, by doing so, they changed the political landscape of the world order. It also charts the moral, political and legal implications of the changing character of war and, in particular, the collapse of the distinction between civilian and military targets.

» Have you read this book? We'd like to know what you think about it - write a review about Cambridge History of the First World War: Volume 1, Global War book by Jay Winter and you'll earn 50c in Boomerang Bucks loyalty dollars (you must be a Boomerang Books Account Holder - it's free to sign up and there are great benefits!)