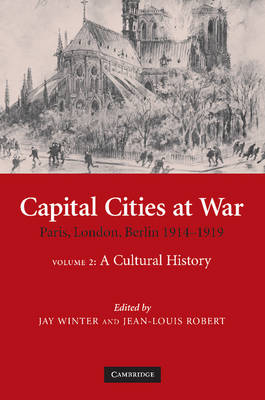 This is the second volume of a pioneering two-volume comparative history of the capital cities of Britain, France and Germany during the Great War. Leading historians explore these wartime cities, from the railway stations where newcomers took on new identities to the streets they surveyed and the pubs, cafes and theatres they frequented, and examine notions of identity, the sites and rituals of city life, and wartime civic and popular culture. This volume, first published in 2007, offers a comparative cultural history of London, Paris and Berlin and reveals the great affinities and similarities between cities on both sides of the line. It shows the transnational character of metropolitan life and the different cultural resources which the men and women of these cities drew upon during 1500 days of war. The practices of metropolitan life go well beyond national histories and this volume suggests the outlines of a fully European history of the Great War.

Other Editions - Capital Cities at War: Volume 2, A Cultural History by Jay Winter 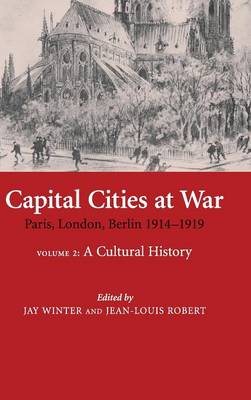 » Have you read this book? We'd like to know what you think about it - write a review about Capital Cities at War: Volume 2, A Cultural History book by Jay Winter and you'll earn 50c in Boomerang Bucks loyalty dollars (you must be a Boomerang Books Account Holder - it's free to sign up and there are great benefits!)


A Preview for this title is currently not available.
More Books By Jay Winter
View All