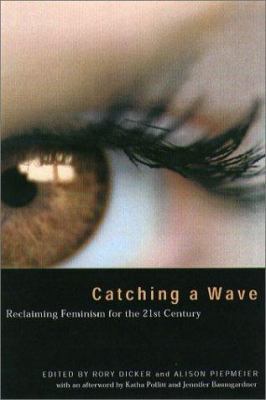 Reclaiming Feminism for the 21st Century

Young women today have benefited from the strides made by grassroots social activists in the 1960s and 1970s, yet they are hesitant to identify themselves as feminists and seem apathetic about carrying the torch of older generations to redress persistent sexism and gender-based barriers. Contesting the notion that we are in a post-feminist age, this collection of essays identifies a third wave of feminism. The contributors argue that the next generation needs to develop a politicized, collective feminism that both builds on the strategies of second wave feminists and is grounded in the material realities and culture of the 21st century. Organized into five sections which mirror the stages of consciousness-raising, the book looks at a broad range of perspectives on the diversity, complexity, multiplicity and playfulness of the third wave. It is also a call to action for new voices to redefine a feminism that is not only personally aware, but also politically involved.

» Have you read this book? We'd like to know what you think about it - write a review about Catching a Wave book by Rory Dicker and you'll earn 50c in Boomerang Bucks loyalty dollars (you must be a Boomerang Books Account Holder - it's free to sign up and there are great benefits!)

Rory Dicker is Assistant Professor of English at Westminster College. She lives in Columbia, Missouri. Alison Piepmeier is Senior Lecturer in Women's Studies at Vanderbilt University. She lives in Nashville, Tennessee. Katha Pollitt is a poet, essayist, and columnist for The Nation. Jennifer Baumgardner writes for various magazines, including Ms, Harper's, and Elle, and is the coauthor (with Amy Richards) of Manifesta: Young Women, Feminism, and the Future.

A Preview for this title is currently not available.
More Books By Rory Dicker
View All