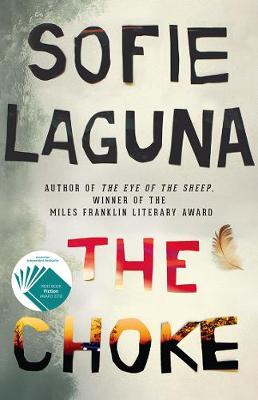 Description - The Choke by Sofie Laguna

Winner of the 2018 Indie Book Award for Fiction!

'It is quite a feat to write characters with such nuance...in harnessing her storytelling facility to expose the flaws in the system with what is becoming trademark empathy, Laguna is an author proving the novel is a crucial document of the times.'
Louise Swinn, The Australian

I never had words to ask anybody the questions, so I never had the answers.

Abandoned by her mother and only occasionally visited by her secretive father, Justine is raised by her pop, a man tormented by visions of the Burma Railway. Justine finds sanctuary in Pop's chooks and The Choke, where the banks of the Murray River are so narrow it seems they might touch - a place of staggering natural beauty. But the river can't protect Justine from danger. Her father is a criminal, and the world he exposes her to can be lethal.

Justine is overlooked and underestimated, a shy and often silent observer of her chaotic world. She learns that she has to make sense of it on her own. She has to find ways to survive so much neglect. She must hang on to friendship when it comes, she must hide when she has to, and ultimately she must fight back.

The Choke is a brilliant, haunting novel about a child navigating an often dark and uncaring world of male power and violence, in which grown-ups can't be trusted and comfort can only be found in nature. This compassionate and claustrophobic vision of a child in danger and a society in trouble celebrates above all the indomitable nature of the human spirit.

Sofie Laguna, winner of the 2015 Miles Franklin Literary Award for The Eye of the Sheep, once again shows she is a writer of rare empathy, originality and blazing talent.


Other Editions - The Choke by Sofie Laguna 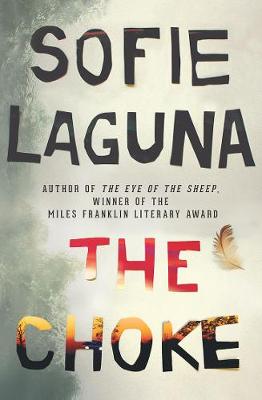 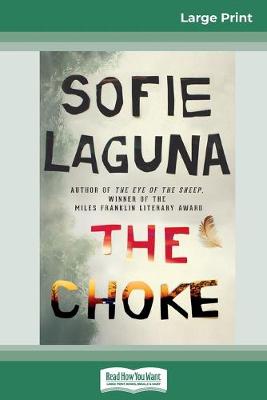 » Have you read this book? We'd like to know what you think about it - write a review about Choke book by Sofie Laguna and you'll earn 50c in Boomerang Bucks loyalty dollars (you must be a Boomerang Books Account Holder - it's free to sign up and there are great benefits!)

“When Michael asked me questions, he waited for my answers. He wanted to find out. He wouldn’t go on until I answered. It was the opposite of invisible,”

The Choke is the third adult novel by award-winning Australian author, Sofie Laguna. Ten-year-old Justine Lee has lived with Pop since her mother split when she was just three. Pop loves his chooks and the big man (John Wayne), loves his White Ox rollies and loves Justine too, but he’s haunted by what he experienced in Burma, building the Eastern Bullet railway during the war, so his caring for Jussy is somewhat erratic. Eggs are plentiful, but baths and clean clothes less so, and her shoes pinch her toes.

Justine’s older half-brothers live with their mum, Relle. All of them wait eagerly for the reappearance of Ray, the father whose mystique only magnifies with each month of absence. The boys vie for scraps of affection, moments of notice, desperate for their father’s approval: ”Kirk and Steve came over to him. Kirk walked with his chest out, like he was a man with a slingshot, a bow and arrow, and a gun, and he could choose which one he wanted to shoot. Steve was behind him, half hidden, in the cool of Kirk’s shadow.” And when they receive insults instead of encouragement, they try to hide their dismay.

Jussy finds school difficult: the letters jump around and go backwards. Then she is seated next to the boy everyone avoids, as a punishment. But that has a surprising result: “Michael knew the answer. I looked at him; he looked back at me, his eyes steady, while the rest of him jerked and shook, as if the person pulling the strings was excited.”

Laguna splits her tale into two time periods: 1971-72 when Jussy is in primary school; and a few years later, her first year of high school. She captures early seventies rural Victoria and the prevailing social attitudes with consummate ease. The sexual discrimination, disability discrimination, the homophobia, the sexist attitudes that demote women to second class citizens, the forced adoptions, the gun culture: all will strike a chord with readers of a certain vintage.

Laguna’s depiction of a ten-year-old’s interpretation of events, how the adults react to them, and what they say, is faultless. Despite Jussy’s confusion, her impressions are often uncannily accurate: “Every time Dad spoke, it was light, like a ball being thrown in the air, easy, like a breeze, but under it was heavy as lead.” Laguna’s descriptive prose is often stunningly beautiful.

Laguna gives the reader a diverse cast of characters: most are realistically flawed, and while their poor behaviour may disappoint, it can be understood as a product of their upbringing and life experience, even when the characters themselves are unappealing. There is a good deal of cruelty which, from the children can be unwitting, while from the adults is usually intentional. But there is much kindness also, often from those with most hardship to bear.

Justine is a determined young girl, kind and impossible not to like, or even love; certainly, she is easy to care about and hope for. Laguna’s characters deal with guilt, grief, jealousy, revenge, resentment, family disputes and PTSD. While there’s some humour, there are also heartbreaking moments that guarantee a lump in the throat, if not the eyes welling up. A brilliant read from a talented author.

Landscapes of Our Hearts: Reconciling People and Environment
Matthew Colloff
$30.44 $34.99