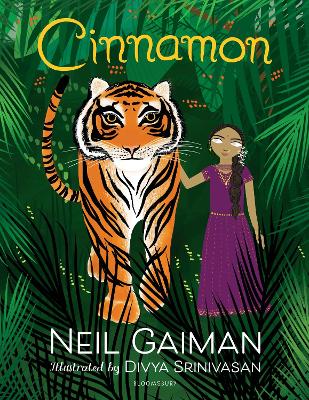 In a hot, hot country, ringed with mountains on one side and jungle on the other, lives a princess called Cinnamon. Her eyes are made of pearls, which means that she is blind. And, for reasons her parents the Rajah and Rani cannot fathom, she will not talk. So they offer a reward to anyone who can teach Cinnamon to speak. People travel from far and wide to attempt it, but nothing works. Until a mighty tiger, huge and fierce, prowls into their palace and announces that he is here to teach the girl-cub to talk ...

A mighty fable from Neil Gaiman, winner of the Newbery and Carnegie Medals, illustrated in vivid colour by up-and-coming talent Divya Srinivasan, and now out in paperback. Neil Gaiman's work has been widely adapted for film and TV, including films of Coraline and Stardust, and adaptations of American Gods, Good Omens (written with Terry Pratchett) and How to Talk to Girls at Parties are in the works for 2017.

Other Editions - Cinnamon by Neil Gaiman 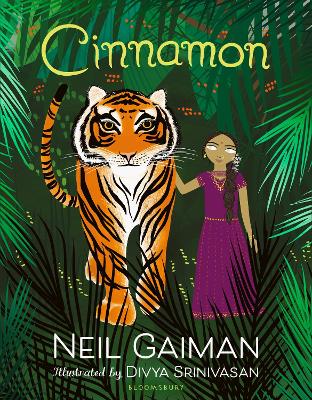 » Have you read this book? We'd like to know what you think about it - write a review about Cinnamon book by Neil Gaiman and you'll earn 50c in Boomerang Bucks loyalty dollars (you must be a Boomerang Books Account Holder - it's free to sign up and there are great benefits!)