New title in the exciting series of reissues of Marvel classic novels.

Captain America and Iron Man: two cornerstones of the Avengers, the world's most powerful super hero team. They've fought side by side, stopped deadly threats to the entire planet, and become close friends. No more.

A tragic super human battle blows a hole straight through the centre of Stamford, Connecticut, killing hundreds of people. The U.S. government responds swiftly, demanding that all super heroes--and villains--unmask and register their powers. To Tony Stark, Iron Man, it's a regrettable but necessary step. He volunteers to oversee the registration process. But to Captain America, registration is an unbearable assault on civil liberties. He goes rogue, forming his own band of rebel super heroes, who vow to operate outside the law.

The result: a Civil War among the super human community. Spider-Man's loyalties are torn, his world ripped apart by Iron Man's new world order. The Invisible Woman, a founding member of the Fantastic Four, finds herself increasingly estranged from her husband, Mister Fantastic. Before the war is over, a hero will die, and the loyalties of every super human in the Marvel Universe will be tested to the limit.

Civil War, the graphic novel, was hailed as "a must read for Marvel fans" (Cinegeek). This new adaptation updates and expands the original story for Marvel fans and new readers alike. Join the greatest heroes of the Marvel Universe on an emotional, action-packed journey, from the first colourful punch to the final, shocking twist. 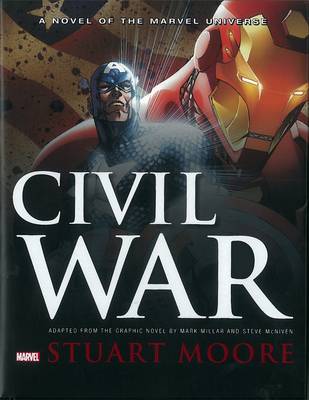 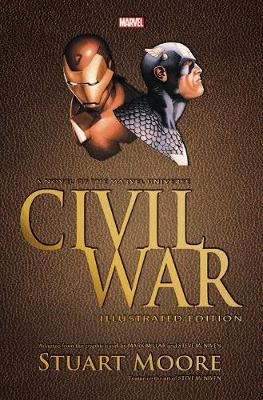 » Have you read this book? We'd like to know what you think about it - write a review about Civil War book by Stuart Moore and you'll earn 50c in Boomerang Bucks loyalty dollars (you must be a Boomerang Books Account Holder - it's free to sign up and there are great benefits!)

Stuart Moore is a writer, a book editor and an award-winning comics editor. His novels include the New York Times bestselling Zodiac Legacy series (with Stan Lee, from Disney) and Marvel's Civil War. Current and recent comics writing includes Convergence: Superboy and the Legion (DC) and Dominion: Last Sacrifice (Amazon/Jet City); he has also written several original science-fiction projects, including the acclaimed EGOs (Image Comics). Moore has served as editor of the Virgin/SciFi Channel comics line, the Marvel Knights imprint and DC's acclaimed Vertigo line, for which he won the Eisner Award for Best Editor.

A Preview for this title is currently not available.
More Books By Stuart Moore
View All