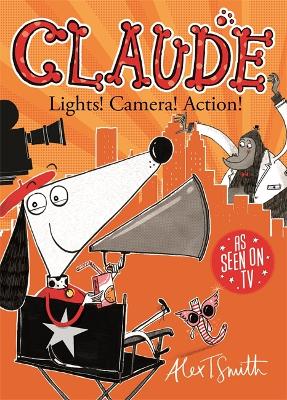 Meet Claude, the ordinary dog with an extraordinary life. Now the star of his very own TV show on Disney Junior and ITVBe. Claude discovers a film set right in his very own town! When the two lead actors are injured, Claude and Sir Bobblysock are asked to take their places. Can they become movie stars with just the simple addition of a wig? Of course they can! The seventh book in this hilarious bestselling series. Perfect for new readers and also great for sharing! Praise for the Claude series:'Illustrated with humour and elegance' The Times'With quirky illustrations and plenty of humour' Metro Claude in the City was shortlisted for the Waterstones Children's Book Prize and selected for the Richard and Judy Book Club. Claude Going for Gold won the Sainsbury's Children's Book Award. Alex T. Smith was the official World Book Day illustrator in 2014. Follow Alex at alextsmith.com and on Twitter: @Alex_T_Smith 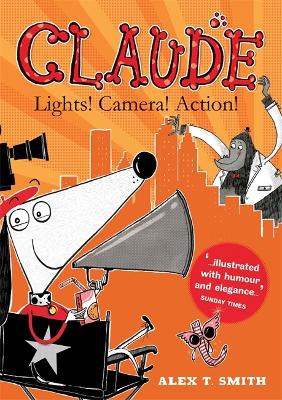 » Have you read this book? We'd like to know what you think about it - write a review about Claude: Lights! Camera! Action! book by Alex T. Smith and you'll earn 50c in Boomerang Bucks loyalty dollars (you must be a Boomerang Books Account Holder - it's free to sign up and there are great benefits!)