Communities Across Borders examines the many ways in which national, ethnic or religious groups, professions, businesses and cultures are becoming increasingly tangled together. This is as a result of the vast flows of people, meanings, goods and money which now migrate between countries and world regions. Now the effectiveness and significance of electronic technologies for inter-personal communication (including cyber-communities and the interconnectedness of the global world economy) simultaneously empowers even the poorest people to forge effective cultures stretching national borders, and compels many to do so to escape injustice and deprivation. The consequences of constructing new, or replenishing older, transnational communities of nationality, interest or symbolic power - either for those directly involved, or for the countries and cultures on which they impact - are varied, as the case studies in this book testify.
Topical themes analyzed include: * symbolic forms of resistance against earlier eras of cultural imperialism * the experience of host discrimination or unequal political systems * the dilemmas for governments faced by multiple transnational communities whose members are engaged in loyalties outside their borders * the expression of subtle personal or social relationships drawn together from several sites to form new hybrid cultural forms and identities. Students of sociology, politics, development and cultural studies will find this book engrossing and revealing. As will scholars and the travelling public, interested in the issues raised by globalization, cultural and economic interdependency, and the opportunities offered by new technologies and the implications of the rise of ever more vibrant communities straddling borders, peoples and lifestyles.

Other Editions - Communities Across Borders by Paul Kennedy 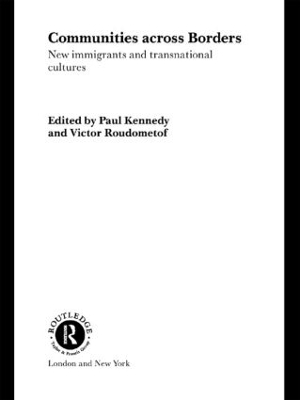 » Have you read this book? We'd like to know what you think about it - write a review about Communities Across Borders book by Paul Kennedy and you'll earn 50c in Boomerang Bucks loyalty dollars (you must be a Boomerang Books Account Holder - it's free to sign up and there are great benefits!)


A Preview for this title is currently not available.
More Books By Paul Kennedy
View All