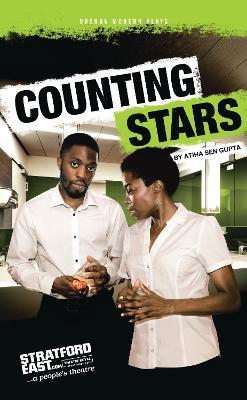 Woolwich. Club Paradise. Valentine's Night. Nigerian nightclub toilet attendants Abiodun and Sophie brace themselves for the busiest night of the year: loved up couples; rowdy singletons; and everything in between. The clubbers aren't the only ones celebrating though. Tonight Abiodun and Sophie are marking their one year anniversary together having met in Paradise: united in love, divided by a toilet wall.

» Have you read this book? We'd like to know what you think about it - write a review about Counting Stars book by Atiha Sen Gupta and you'll earn 50c in Boomerang Bucks loyalty dollars (you must be a Boomerang Books Account Holder - it's free to sign up and there are great benefits!)

Atiha Sen Gupta's 2009 debut What Fatima Did played on Hampstead Theatre's main stage when she was 21. She was nominated for the John Whiting Award and the Evening Standard Award for Most Promising Playwright. Counting Stars premiered at the Edinburgh Fringe 2015 at the Assembly George Square which Amnesty International shortlisted for its Freedom of Expression Award. She is writer-in-residence for 2016-2017 at Theatre Royal Stratford East. 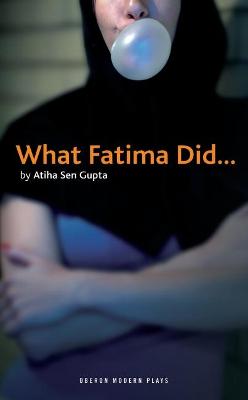