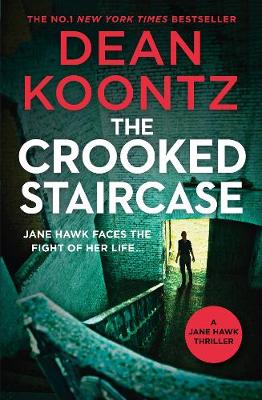 I could be dead tomorrow. Or something worse than dead.

Rogue FBI agent Jane Hawk knows she's living on borrowed time. But as long as she's breathing, she'll never cease her one-woman war against the terrifying conspiracy that threatens the freedom - and free will - of millions.

Battling the mysterious epidemic of murder-suicides that claimed Jane's husband, and is escalating across the country, has made Jane a wanted fugitive, hunted relentlessly not only by the government but by the secret cabal behind the plot. Deploying every resource their malign nexus of power and technology commands, Jane's enemies are determined to see her dead . . . or make her wish she was.

But Jane is closing in on her prey: a twisted soul of unspeakable depths with an army of professional killers on call. Propelled by her righteous fury and implacable insistence on justice, Jane will make her way from southern California to the snow-swept slopes of Lake Tahoe to confront head-on the lethal forces arrayed against her. But nothing can prepare her for the chilling truth that awaits when she descends the crooked staircase to the dark and dreadful place where her long nightmare was born.

Praise for the Jane Hawk series:

'Kickass FBI agent JaneHawk ... is such an awesome creation. A guaranteed hit with Koontz's loyal fans, as well asanyone who enjoys a gripping thriller' Booktopia on The Silent Corner

'Koontz's leanest,meanest thriller, this initial entry in a new series introduces a smart,appealing heroine who can outthink as well as outshoot the baddest of baddudes.' Kirkus

Other Editions - The Crooked Staircase by Dean Koontz 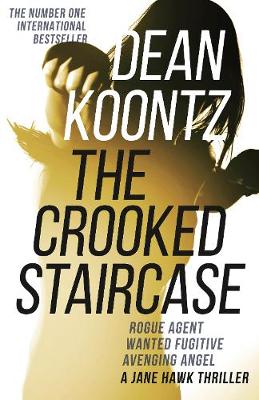 » Have you read this book? We'd like to know what you think about it - write a review about Crooked Staircase book by Dean Koontz and you'll earn 50c in Boomerang Bucks loyalty dollars (you must be a Boomerang Books Account Holder - it's free to sign up and there are great benefits!)