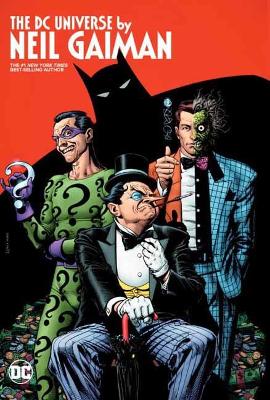 The DC Universe by Neil Gaiman

Best known as a writer of horror and fantasy, #1 New York Times best-selling author Neil Gaiman's tales of superheroes including Batman, Superman and Green Lantern are collected in this trade paperback.

New York Times bestselling author Neil Gaiman's rare tales of DC's greatest superheroes are collected in a single volume. Gaiman, co-creator of THE SANDMAN and author of American Gods, teams with superstar artist Andy Kubert to tell the story that truly defines the years of Batman's life in the epic "Whatever Happened to the Caped Crusader?" Also included in this title are the team-up tale GREEN LANTERN/SUPERMAN- LEGEND OF THE GREEN FLAME, and short stories starring Batman, Poison Ivy, the Riddler and others. 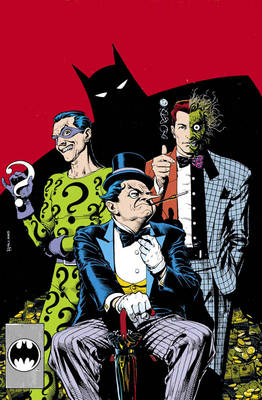 » Have you read this book? We'd like to know what you think about it - write a review about DC Universe by Neil Gaiman book by Neil Gaiman and you'll earn 50c in Boomerang Bucks loyalty dollars (you must be a Boomerang Books Account Holder - it's free to sign up and there are great benefits!)

Creator of THE SANDMAN and one of comics' most accomplished writers, Neil Gaiman is also the New York Times best-selling author of the novels Anansi Boys, American Gods, Stardust and Coraline, as well as the short story collections M Is for Magic and Smoke and Mirrors and the multimedia creation Neverwhere. He also co-wrote the Jim Henson Productions film MirrorMask with longtime collaborator Dave McKean, illustrator of the Gaiman-written graphic novels MR. PUNCH, Violent Cases and BLACK ORCHID. Among his many awards are the Hugo, the Nebula, the Eisner, the Harvey, the Bram Stoker and the World Fantasy Award. Originally from England, Gaiman now lives in the United States.