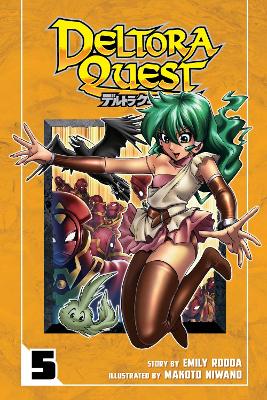 The peaceful Deltora Kingdom is in peril due to the machinations of the Shadow King. Brave adventurers set out on an epic quest to recover seven lost stones that are critical to saving Deltora from the Shadow King.

» Have you read this book? We'd like to know what you think about it - write a review about Deltora Quest 5 book by Emily Rodda and you'll earn 50c in Boomerang Bucks loyalty dollars (you must be a Boomerang Books Account Holder - it's free to sign up and there are great benefits!)

Emily Rodda grew up with her two younger brothers on Sydney's North Shore and graduated from the University of Sydney in 1973 with an MA (Hons) in English Literature. Always an avid reader, she moved naturally into a career in publishing, first as a book editor, and finally as a publisher at Angus & Robertson. Emily Rodda's first book, Something Special, was published in 1984. It marked the beginning of a career that has seen her become one of the most successful, prolific and versatile writers in Australia.