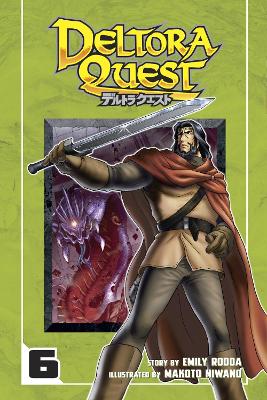 This exciting adventure series takes place in the magical land of Deltora, which is pentagonal in shape and is bordered by the Silver Sea to the west, the Ocean of the South to the south, the Sea of the Serpents to the southeast and the mountains to the north, known as the Barrier Mountains. Beyond these mountains lie the Shadowlands, a barren, desolate place ruled by the evil Shadow Lord. The first series follows the journeys of Lief, who has set out to complete his father's quest to save Deltora from the Shadow Lord.

» Have you read this book? We'd like to know what you think about it - write a review about Deltora Quest 6 book by Emily Rodda and you'll earn 50c in Boomerang Bucks loyalty dollars (you must be a Boomerang Books Account Holder - it's free to sign up and there are great benefits!)