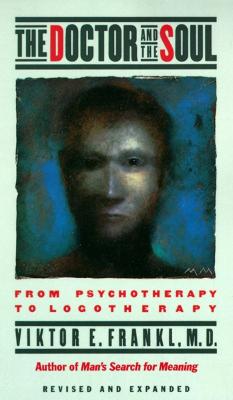 In this classic work, internationally known Viennese psychiatrist Viktor E. Frankl, founder of the school of logotherapy, sets forth the principles of existential psychiatry. He holds that man's search for meaning in existence is a primary facet of his being; if the search is unrequited, it leads to neurosis. The role of the therapist, then, is to help the patient discover a purposefulness in life.

» Have you read this book? We'd like to know what you think about it - write a review about Doctor & the Soul book by Viktor E Frankl and you'll earn 50c in Boomerang Bucks loyalty dollars (you must be a Boomerang Books Account Holder - it's free to sign up and there are great benefits!)

Viktor E. Frankl (1905-1997) was an Austrian neurologist and pyschiatrist, and a Holocaust survivor. He was the founder of logotherapy, which has come to be called the Third Viennese School of Psychotherapy (after Freud's psychoanalysis and Adler's individual psychology). Dr. Frankl's first article was published in 1924 in the International Journal of Psychoanalysis, and he went on to write twenty-seven books, which have been translated into virtually every major language in the world. The American edition of his book Man's Search for Meaning has sold millions of copies. A professor of neurology and psychiatry at the University of Vienna Medical School and distinguished professor of logotherapy at the United States International University in San Diego, California, Dr. Frankl was also a visiting professor at Harvard, Southern Methodist, Stanford, and Duquesne universities, and received honorary doctorate degrees from twelve universities. He was president of Austrian Medical Society of Psychotherapy and an honorary member of the Austrian Academy of Sciences. In 1985 he was awarded the Oskar Pfister Award by the American Psychiatric Association. Dr. Frankl's works in English translation include The Doctor and Soul: From Psychotherapy to Logotherapy; Man's Search for Meaning: An Introduction to Logotherapy; Psychotherapy and Existentialism: Selected Papers in Logotherapy; The Will to Meaning: Foundations and Applications of Logotherapy; The Unconscious God: Psychotherapy and Theology; and The Unheard Cry for Meaning: Psychotherapy and Humanism.

A Preview for this title is currently not available.
More Books By Viktor E Frankl
View All