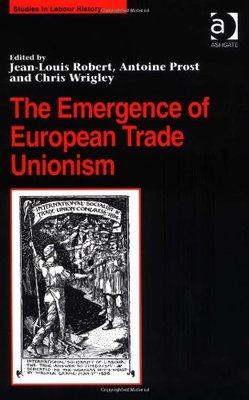 The Emergence of European Trade Unionsim

Description - The Emergence of European Trade Unionsim by Jean-Louis Robert

This collection of essays is based provides a reassessment of Western European trade unionism in the four decades or so before World War I. The essays have been written by teams of historians of different nationalities for comparative study. The first part of the book examines trade unionism in three different economic sectors, iron and steel, clocks and textiles, and considers its development in differing places, large and medium towns, textile and machine-making areas. The second part of the book provides assessments of major aspects of industrial relations.

» Have you read this book? We'd like to know what you think about it - write a review about Emergence of European Trade Unionsim book by Jean-Louis Robert and you'll earn 50c in Boomerang Bucks loyalty dollars (you must be a Boomerang Books Account Holder - it's free to sign up and there are great benefits!)