A bullied boy discovers a door guarded by a sly monster . . . A painting of a door opens in a forgotten Egyptian tomb . . . A portal in the park promises to turn you into a much cooler version 2.0 - if you can just get the bugs out . . . Edited by New York Times bestselling comics creator Kazu Kibuishi, who is also a contributor, the third volume in this highly praised series gathers some of the foremost and fastest-rising talents in comics for kids: Jen Wang (Koko Be Good), Johane Matte (Explorer: The Mystery Boxes), Steve Hamaker (colorist of Jeff Smith's Bone series), Faith Erin Hicks (Friends with Boys), DougHolgate (Zack Proton series), and Jason Caffoe (Explorer: The Lost Islands and Flight). Readers maynever walk into a room the same way again.

Other Editions - Explorer: The Hidden Doors by Kazu Kibuishi 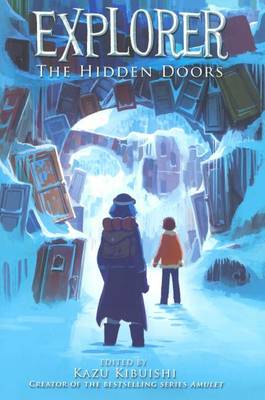 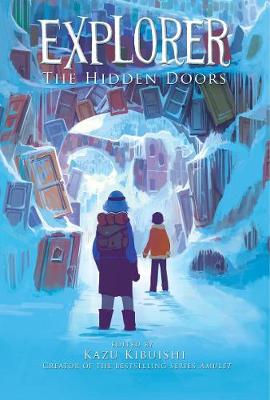 » Have you read this book? We'd like to know what you think about it - write a review about Explorer: The Hidden Doors book by Kazu Kibuishi and you'll earn 50c in Boomerang Bucks loyalty dollars (you must be a Boomerang Books Account Holder - it's free to sign up and there are great benefits!)

Kazu Kibuishi lives in Alhambra, California. Kazu is the creator of the New York Times bestselling graphic series Amulet and editor of the Flight and Explorer anthologies, and was chosen in 2013 to create new paperback cover illustrations for J. K. Rowling's Harry Potter series.