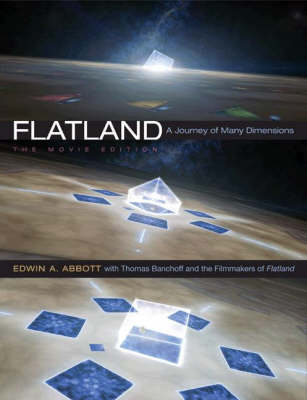 A Romance of Many Dimensions Movie Ed.

Edwin Abbott's beloved mathematical adventure novel "Flatland" (1884) is being introduced to a whole new generation of readers and viewers through "Flatland: The Movie", a dramatic computer-animated adaptation starring Martin Sheen, Kristen Bell, Michael York, Tony Hale, and Joe Estevez. This book is the companion to the movie - and the ultimate edition of the classic book on which it is based. A beautiful, large-format volume, "Flatland: The Movie Edition" includes: the full text of the original novel; the screenplay of the movie; essays on the making of the movie by the writers and filmmakers - producer Seth Caplan, director Jeffrey Travis, and director and animator Dano Johnson; color illustrations; and a new introduction by Thomas Banchoff, a Brown University mathematician and Flatland authority who served as an advisor to the filmmakers.By describing the challenges the filmmakers faced in updating a Victorian mathematical allegory for a new generation and transforming it into a compelling animated story, "Flatland: The Movie Edition" makes watching the movie and reading Abbott's book even more illuminating and enjoyable. You'll never think about the multiple dimensions of space in the same way again. 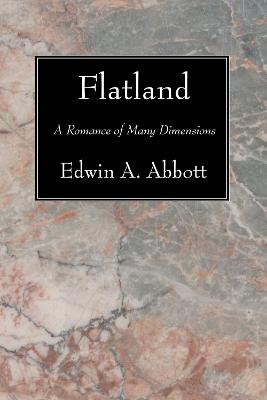 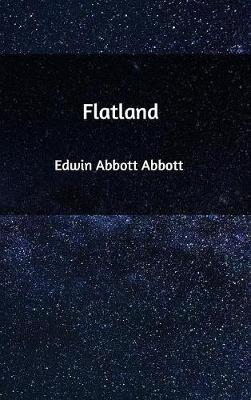 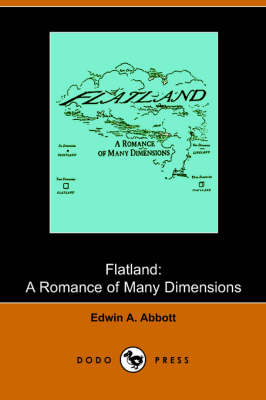 Edwin A. Abbott (1838-1926), the author of more than fifty books, was headmaster of the City of London School and one of the leading educators of his time. Thomas Banchoff, a professor of mathematics at Brown University, is an authority on Abbott. "Flatland: The Movie" was written by producer "Seth Caplan", director "Jeffrey Travis", and director and animator "Dano Johnson". Caplan's film "Duncan Removed" received a student Emmy and was a student Academy Award finalist. He is also the producer of "In Search of a Midnight Kiss". Travis is an award-winning filmmaker who directed and wrote "Except For Danny", a 20th Century Fox television pilot. Johnson's animated short films, music videos, and political advertisements have won multiple awards and been shown in many film festivals.

A Preview for this title is currently not available.
More Books By Edwin Abbott Abbott
View All

A Shakespearian Grammar: An Attempt to Illustrate Some of the Differences Between Elizabethan and Modern English. for the Use of Schools
$110.10 $122.33