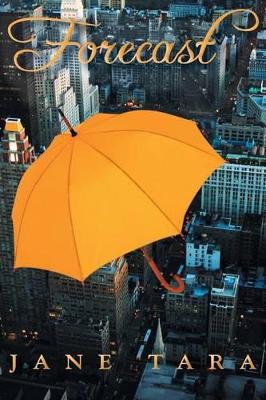 The Shakespeare women were what the locals of Greenwich Village called "gifted."

They did tarot readings and cast spells from their infamous shop Second Site. And each morning, Rowie would perform her popular weather prediction on the pavement outside.

Sure, Rowie's predictions were helpful for forecasting the weather, but when it came to love, her abilities were more like a curse. Why bother dating a guy if you knew at the first kiss he was destined for someone else? And how would she ever meet anyone while she was stuck working at the family shop?

Rowie was resigned to never finding love. Until Drew Henderson, New York's hottest weatherman is injured and the network decides to replace him with a gimmick-the Psychic Weatherwoman.

The very scientific Drew is furious. The witch might light up the TV screen. But how dare the network make a mockery of meteorology.

Now Rowie's overbearing grandmother Gwendolyn won't talk to her. Sixteen generations of Shakespeare women have worked in the family business. How dare she make a mockery of her gift.

Forecast is the first book in the Shakespeare Sisters series.

» Have you read this book? We'd like to know what you think about it - write a review about Forecast: Shakespeare Sisters book by Jane Tara and you'll earn 50c in Boomerang Bucks loyalty dollars (you must be a Boomerang Books Account Holder - it's free to sign up and there are great benefits!)


A Preview for this title is currently not available.
More Books By Jane Tara
View All