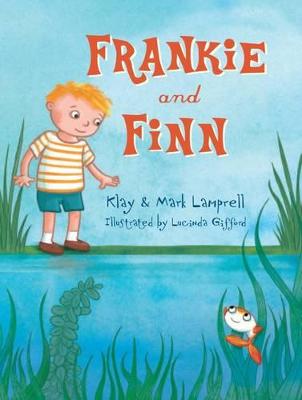 Frankie is worried about moving house. Finn the fish is worried about the mysterious five-headed monster reaching into his pond. When these two meet, they make each other's lives a whole lot brighter.A story about discovering that different doesn't always mean scary - sometimes you just have to take a closer look.

Other Editions - Frankie and Finn by Klay Lamprell 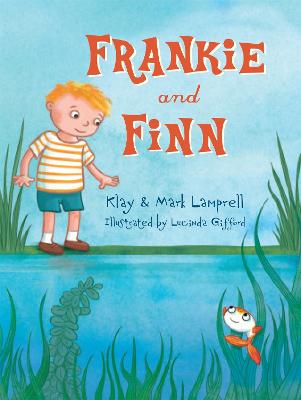 » Have you read this book? We'd like to know what you think about it - write a review about Frankie and Finn book by Klay Lamprell and you'll earn 50c in Boomerang Bucks loyalty dollars (you must be a Boomerang Books Account Holder - it's free to sign up and there are great benefits!)

Klay Lamprell (Author) Klay Lamprell is the author of several books of fiction and non-fiction for children and adults, including Lonely Planet's NOT FOR PARENTS. She has also worked as a journalist and editor. Klay lives with her husband, Mark, by the sea in Sydney. Mark Lamprell (Author) Mark Lamprell has worked in film and television for many years. He co-wrote the film BABE: PIG IN THE CITY and wrote and directed the award-winning feature MY MOTHER FRANK. His most recent project is the movie musical GODDESS, which he co-wrote and directed. He has also written the novel THE FULL RIDICULOUS (Text), which was shortlisted for the 2015 Russell Prize for Humour Writing. Mark lives with his wife, Klay, by the sea in Sydney. Lucinda Gifford (Illustrator) Lucinda Gifford's background encompasses architecture, design and advertising - but picture books have been her life-long passion. Lucinda discovered the usefulness of drawing skills in year 4, when her on-demand horse sketches ensured continuing popularity with the girls in her class. She now enjoys drawing creatures of all sorts - including cheeky humans and nervous little fish.

A Preview for this title is currently not available.
More Books By Klay Lamprell
View All