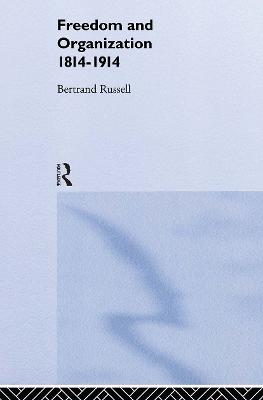 The purpose of this book is to trace the opposition and interaction of two main causes of change in the Nineteenth century: the belief in freedom which was common to Liberals and Radicals, and the necessity for organization which arose through industrial and scientific technique.' Bertrand Russell Freedom and Organization, 1814-1914 is a revealing history of the nineteenth century by one of the twentieth century's greatest minds. Long unavailable, it is Russell's major writing on political history. It charts vividly the epic struggle between two of the major forces that preoccupied Russell throughout his life and determined much of the history of the nineteenth century: freedom and control. Starting with the defeat of Napoleon and the Congress of Vienna, this volume is full of lively portraits of the main characters of the period, from Malthus, Mill and Bentham to Marx and Robert Owen and early British socialism. Russell also considers the founding of democracy in America and the struggle with slavery, and brings to life the ideas and policies of Jefferson, Jackson and Lincoln.
In the final section of the book, Russell compares this with the emerging nationalism and imperialism in Europe running up to the First World War, and in particular the role of Germany.

Other Editions - Freedom and Organisation, 1814-1914 by Bertrand Russell 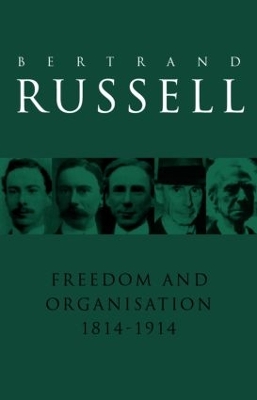 » Have you read this book? We'd like to know what you think about it - write a review about Freedom and Organisation, 1814-1914 book by Bertrand Russell and you'll earn 50c in Boomerang Bucks loyalty dollars (you must be a Boomerang Books Account Holder - it's free to sign up and there are great benefits!)


A Preview for this title is currently not available.
More Books By Bertrand Russell
View All