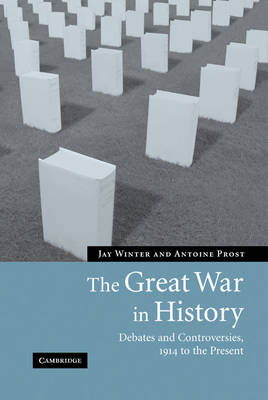 The Great War in History

Debates and Controversies, 1914 to the Present

Description - The Great War in History by Jay Winter

Since the Armistice, a vast literature has been produced on the First World War and its repercussions. For the first time, two leading historians from the United States and France have produced a fully comparative analysis of the ways in which this history has been written and interpreted. The book identifies three generations of historians, literary scholars, film directors and writers who have commented upon the war. Through a thematic structure, it assesses not only diplomatic and military studies but also the social and cultural interpretations of the Great War as seen primarily through the eyes of French, German and British writers. It provides a fascinating case study of the practice of history in the twentieth century and of the enduring importance of the national lens in shaping historical narrative. This groundbreaking study will prove invaluable reading to scholars and students in history, war studies, European history and international relations.

Other Editions - The Great War in History by Jay Winter 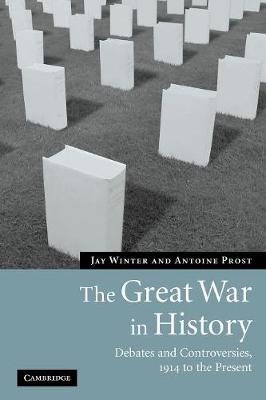 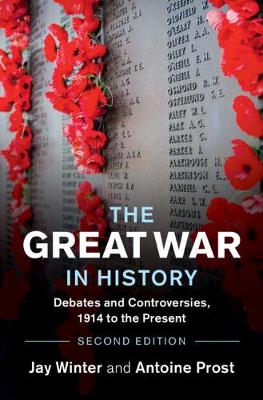 Book Reviews - The Great War in History by Jay Winter

» Have you read this book? We'd like to know what you think about it - write a review about Great War in History book by Jay Winter and you'll earn 50c in Boomerang Bucks loyalty dollars (you must be a Boomerang Books Account Holder - it's free to sign up and there are great benefits!)

Jay Winter is Professor of History at Yale University. He is a specialist on the First World War and its impact on the 20th century. His numerous publications include Sites of Memory, Sites of Mourning: The Great War in European Cultural History (1996), and 1914-1918. The Great War and the Shaping of the 20th Century (1998). Antoine Prost is Professor of History at the Universite de Paris I. He is the author and editor of several books, including Republican Identities in War and Peace, Representations of France in the 19th and 20th Centuries (2002) and The Emergence of European Trade Unionism (with Jean-Louis Robert and Chris Wrigley, 2004).