How to Talk to Girls at Parties

Description - How to Talk to Girls at Parties by Neil Gaiman

HOW TO TALK TO GIRLS AT PARTIES by Sunday Times bestselling writer Neil Gaiman is a graphic novel with extraordinary artwork by the Eisner Award-winning duo Fabio Moon and Gabriel Ba. Soon to be a feature film starring Nicole Kidman, this adaptation is 'a quirky delight' (Audrey Niffenegger) and will appeal to fans of Alan Moore, Dave McKean and beyond. ENN is a fifteen-year-old boy who just doesn't understand girls, while his friend Vic seems to have them all figured out. Both teenagers are in for the shock of their young lives, however, when they crash a local party only to discover that the girls there are far, far more than they appear!From the Locus Award-winning short story by Neil Gaiman, one of the most celebrated authors of our time, and adapted in vibrant ink-and-watercolour illustrations by the Daytripper duo of brothers Fabio Moon and Gabriel Ba, this original graphic novel is not to be missed!

Buy How to Talk to Girls at Parties by Neil Gaiman from Australia's Online Independent Bookstore, Boomerang Books. 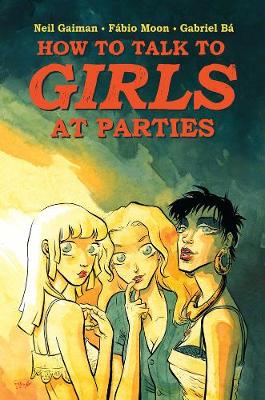 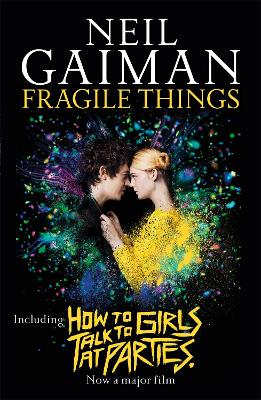 » Have you read this book? We'd like to know what you think about it - write a review about How to Talk to Girls at Parties book by Neil Gaiman and you'll earn 50c in Boomerang Bucks loyalty dollars (you must be a Boomerang Books Account Holder - it's free to sign up and there are great benefits!)

Neil Gaiman (Author) Neil Gaiman is the author of over thirty acclaimed books and graphic novels for adults and children, including AMERICAN GODS, STARDUST, CORALINE and THE GRAVEYARD BOOK. His most recent novel for adults, THE OCEAN AT THE END OF THE LANE was highly acclaimed, appeared on the hardback and paperback Sunday Times bestseller lists and won several awards, including being voted Book of the Year in the National Book Awards 2013: 'Some books you read. Some books you enjoy. But some books just swallow you up, heart and soul' Joanne Harris. The recipient of numerous literary honours, Neil Gaiman's work has been adapted for film, television and radio. He has written scripts for Doctor Who, collaborated with authors and illustrators including Terry Pratchett, Dave McKean and Chris Riddell, and THE SANDMAN is established as one of the classic graphic novels. As George R R Martin says: 'There's no one quite like Neil Gaiman.'Originally from England, Neil Gaiman now lives in America.