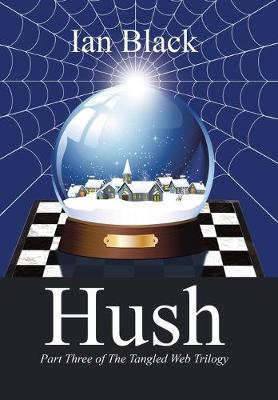 "The scariest hush is the kind that screams" -Sloan Phoenix A friendship will be tested. . . A trust will be broken. . . A lifelong secret will be revealed! Having barely survived the car explosion that nearly killed him and his best friend, Garry Lennox, Sloan Phoenix must immediately contend with the complications of the sudden murder of an old enemy, Sydney Prescott. After her culpability in the murder of her first husband, Charlie, was exposed, Judy's marriage to Chris Faulkner is on the verge of divorce. Becoming increasingly short on allies, Judy hires divorce attorney, Jericho Fox, a childhood rival of Sloan's, to handle her case. Her life is further complicated when she and Sloan are invited to Sydney Prescott's will reading, which puts many of their dirty deeds over the years in danger of being revealed. As the killer goes after many of the people present at the will reading, Sloan and Judy are pitted against each other in a dangerous game of cat and mouse in an effort to expose the other as the killer. But the true killer has another game. A game that has three rules: Don't scream. Don't cry. Just hush. And you die.

Other Editions - Hush: Part Three of the Tangled Web Trilogy by Ian Black » Have you read this book? We'd like to know what you think about it - write a review about Hush: Part Three of the Tangled Web Trilogy book by Ian Black and you'll earn 50c in Boomerang Bucks loyalty dollars (you must be a Boomerang Books Account Holder - it's free to sign up and there are great benefits!)


A Preview for this title is currently not available.
More Books By Ian Black
View All