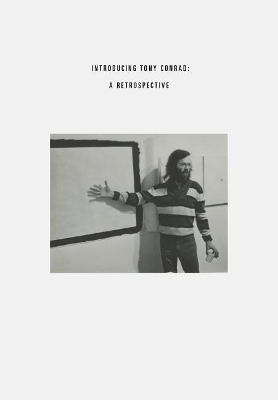 Throughout his six-decade career, Tony Conrad (1940-2016) forged a unique path through numerous artistic movements and a vast range of cultural forms--from Fluxus to rock music, from structural film to public access television. Published on the occasion of the first large-scale museum survey devoted to works Conrad presented in museum and gallery settings, this richly illustrated catalogue offers an in-depth introduction to Conrad's life and career.

Including new texts and Conrad's own writings about selected works dating from 1966 to 2016, Introducing Tony Conrad surveys the artist's work in painting, sculpture, film, video, performance and installation. It includes the artist's early structural films; projects in which he treated film as a sculptural and performative material; his series of Invented Acoustical Tools, presented as sculptures themselves; his ambitious films about power relations, set in the military and in prison; and his final sculptures and installations, which evoke and critique what he perceived as an emerging culture of surveillance, control and containment. The list of contributors testifies to Conrad's wide and lasting influence; this volume includes texts by Constance DeJong, Diedrich Diederichsen, Anthony Elms, Branden W. Joseph, Tony Oursler and Christopher Williams, among many others.

» Have you read this book? We'd like to know what you think about it - write a review about Introducing Tony Conrad book by Tony Conrad and you'll earn 50c in Boomerang Bucks loyalty dollars (you must be a Boomerang Books Account Holder - it's free to sign up and there are great benefits!)


A Preview for this title is currently not available.
More Books By Tony Conrad
View All