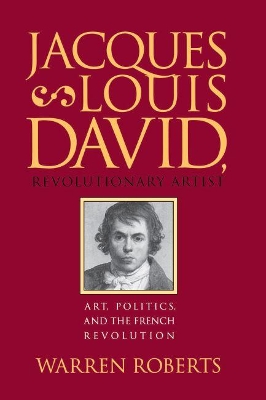 The lifetime of Jacques-Louis David (1748-1825) coincides with the most tumultuous period in the history of France and much of the Western world. And David's life was closely bound up with the changes that were taking place in French politics, society, and culture. Although most other scholars have focused either on David's artistic activity or on his political career, Warren Roberts examines the connections between these two aspects of his life. Using a historical approach, Roberts provides an interpretation of David's art that illuminates David the man. Roberts presents David's art as a personal record that is an extension of his inner life and a product of historical conditions. David's art, like his character and his actions, cannot be fully understood without understanding the changes that led to and then flowed from the French Revolution. Roberts here considers these changes and their impact on David from the perspectives of the historian and the art historian, and he comes to conclusions that are important for both.

» Have you read this book? We'd like to know what you think about it - write a review about Jacques-Louis David, Revolutionary Artist book by Warren Roberts and you'll earn 50c in Boomerang Bucks loyalty dollars (you must be a Boomerang Books Account Holder - it's free to sign up and there are great benefits!)

Warren Roberts, Distinguished Teaching Professor of History at the University at Albany, is author of Morality and Social Class in Eighteenth-Century French Literature and Jane Austen and the French Revolution.

A Preview for this title is currently not available.
More Books By Warren Roberts
View All