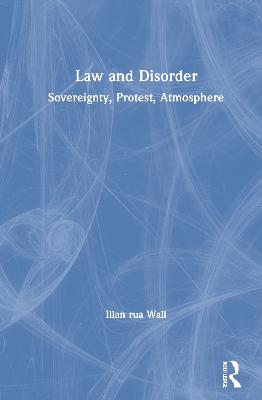 Focusing on the moment when social unrest takes hold of a populace, Law and Disorder offers a new account of sovereignty with an affective theory of public order and protest.

In a state of unrest, the affective architecture of the sovereign order begins to crumble. The everyday peace and calm of public space is shattered as sovereign peace is challenged. In response, the state unleashes the full force of its exceptionality, and the violence of public order policing is deployed to restore the affects and atmospheres of habitual social relations. This book is a work of contemporary critical legal theory. It develops an affective theory of sovereign orders by focusing on the government of affective life and popular encounters with sovereignty. The chapters explore public order as a key articulation between sovereignty and government. In particular, policing of public order is exposed as a contemporary mode of exceptionality cast in the fires of colonial subjection. The state of unrest helps us see the ordinary affects of the sovereign order, but it also points to crowds as the essential component in the production of unrest. The atmospheres produced by crowds seep out from the squares and parks of occupation, settling on cities and states. In these new atmospheres, new possibilities of political and social organisation begin to appear. In short, crowds create the affective condition in which the settlement at the heart of the sovereign order can be revisited. This text thus develops a theory of sovereignty which places protest at its heart, and a theory of protest which starts from the affective valence of crowds.

This book's examination of the relationship between sovereignty and protest is of considerable interest to readers in law, politics and cultural studies, as well as to more general readers interested in contemporary forms of political resistance. 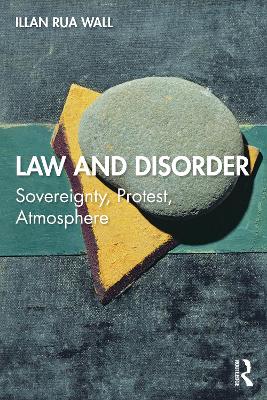 » Have you read this book? We'd like to know what you think about it - write a review about Law and Disorder: Sovereignty, Protest, Atmosphere book by Illan Rua Wall and you'll earn 50c in Boomerang Bucks loyalty dollars (you must be a Boomerang Books Account Holder - it's free to sign up and there are great benefits!)


A Preview for this title is currently not available.
More Books By Illan Rua Wall
View All