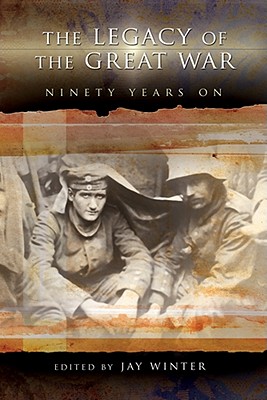 The Legacy of the Great War

Description - The Legacy of the Great War by Jay Winter

In late 2007 and early 2008, world-renowned historians gathered in Kansas City for a series of public forums on World War I. Each of the five events focused on a particular topic and featured spirited dialogue between its prominent participants. In spontaneous exchanges, the eminent scholars probed each other's arguments, learned from each other, and provided insights not just into history but also into the way scholars think about their subject alongside and at times in conflict with their colleagues. Representing a fourth generation of writers on the Great War and a transnational rather than an international approach, prominent historians from Britain, Germany, Ireland, Canada, and the United States, all of whom have studied that war over decades, brought to the proceedings an exciting clash of ideas. The forums addressed topics about the Great War that have long fascinated both scholars and the educated public: the origins of the war and the question of who was responsible for the escalation of the July Crisis; the nature of generalship and military command, seen here from the perspectives of a German and a British scholar; the private soldiers' experiences of combat, revealing their strategies of survival and negotiation; the peace-making process and the overwhelming pressures under which statesmen worked; and the long-term cultural consequences of the war - showing that the Great War was 'great' not merely because of its magnitude but also because of its revolutionary effects. These topics continue to reverberate, and in addition to shedding new light on the subjects, these forums constitute a glimpse at how historical writing happens. American society did not suffer the consequences of the Great War that virtually all European countries knew - a lack of perspective that the World War I Museum seeks to correct. This book celebrates that effort, helping readers feel the excitement and the moral seriousness of historical scholarship in this field and drawing more Americans into considering how their own history is part of this story.

Book Reviews - The Legacy of the Great War by Jay Winter

» Have you read this book? We'd like to know what you think about it - write a review about Legacy of the Great War book by Jay Winter and you'll earn 50c in Boomerang Bucks loyalty dollars (you must be a Boomerang Books Account Holder - it's free to sign up and there are great benefits!)

Jay Winter is Professor of History at Yale University and author or editor of many books, the most recent being Remembering War: The Great War Between Memory and History in the Twentieth Century. He lives in Guilford, Connecticut.