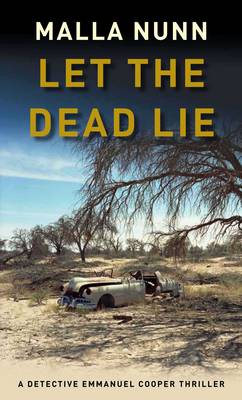 South Africa, 1953. The National Party's rigid race laws have split the nation and a gruelling poverty grips many on the edges of its society. When former Detective Sergeant Emmanuel Cooper stumbles across the body of a child, Jolly Marks, at the Durban docks, he can little imagine what the discovery will lead him to. Soon Cooper finds himself under suspicion for not only Jolly's murder, but others as well. The only way he can clear his name is to find out who the real killer was - and he's got 48 hours in which to do it. His investigations will lead him into Durban's murky underworld of pimps, prostitutes, strange and sinister preachers, and those on the wrong side of the race laws. For there is more to Jolly's barbaric murder than Cooper could ever have realized . . . 'One reads this superior sequel to an outstanding debut feeling moral outrage and genuine excitement, which makes it an unusually intense experience' Daily Telegraph

Other Editions - Let the Dead Lie by Malla Nunn 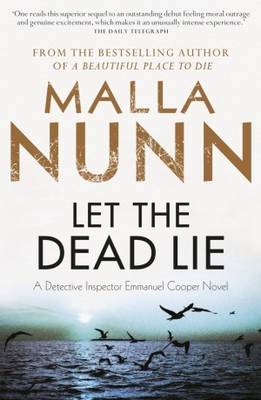 » Have you read this book? We'd like to know what you think about it - write a review about Let the Dead Lie book by Malla Nunn and you'll earn 50c in Boomerang Bucks loyalty dollars (you must be a Boomerang Books Account Holder - it's free to sign up and there are great benefits!)

Malla Nunn was born in Swaziland, southern Africa, but moved to Australia in the 1970s. She studied theatre in America, where she met her husband and began writing and directing short films. Malla now lives in Sydney with her husband and two children.