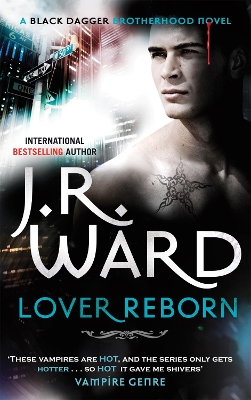 In the darkest corners of the night in Caldwell, New York, a conflict like no other rages. The city is home to a band of brothers born to defend their race: the warrior vampires of the Black Dagger Brotherhood.Now back in the Brotherhood - and unrecognisable as the vampire leader he once was - Tohrment is physically emaciated and heartbroken beyond despair. When he begins to see his beloved in his dreams - trapped in a cold, isolating netherworld - Tohr turns to a self-serving fallen angel in hopes of saving the one he has lost. When he's told he must learn to love another to free his former mate, Tohr knows they are all doomed...Except then a female with a shadowed history begins to get through to him. Against the backdrop of the raging war with the 'lessers', and with a new clan of vampires vying for the Blind King's throne, Tohr struggles between the buried past, and a very hot, passion-filled future... but can his heart let go and set all of them free? 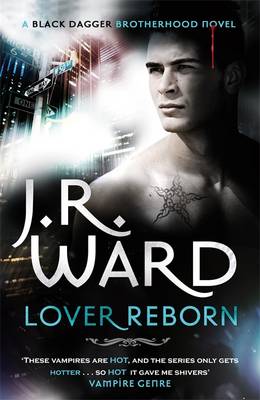 » Have you read this book? We'd like to know what you think about it - write a review about Lover Reborn book by J. R. Ward and you'll earn 50c in Boomerang Bucks loyalty dollars (you must be a Boomerang Books Account Holder - it's free to sign up and there are great benefits!)

Lover Reborn is the tenth book in the Black Dagger Brotherhood series by American author, J.R. Ward. While this novel mainly concerns the story of Tohr and No’One, there are, as usual, several subplots: Xcor, Throe and the Band of Bastards set out to ingratiate themselves with the glymera and plot to kill the Blind King, Wrath; there is trouble in paradise when John Matthew finds hehas a problem with Xhex fighting lessers; while Blay and Saxton appear to be a couple, things are not over between him and Qhuinn; the Chosen Layla and Qhuinn take a surprising step; and Xhex and No’One get some quality time together. The main story is mostly narrated by Tohr, whose murdered shellan, Wellsie, is stuck in the In Between, and can only be freed, according to that most unlikely of angels, Lassiter, if Tohr takes up with No’One. Ward writes this instalment in seasons, as the events that surround the Black Dagger Brotherhood over a year. Once again, the plot is original, with several twists to keep it interesting. The world Ward has created is certainly an enthralling one that she comprehensively supports with plenty of information about what, who and how. Ward develops her characters so well that the reader is bound to invest some emotion. In this book, the interesting concept of the females’ needing is explored. The final pages set up the next instalment, Lover At Last, the eagerly-awaited story of Blay and Qhuinn. This series is surprisingly addictive.