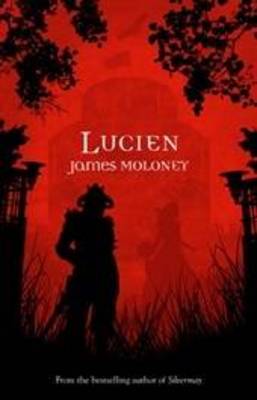 The thrilling conclusion to the award-winning Silvermay Saga

Silvermay Hawker has crammed more adventure into her seventeenth year than others manage in a lifetime. She has also found tamlyn, the man she wants to spend the rest of her lifetime with,but first the pair must fulfill the promise they made to a dear friend. Young Lucien, the little boy Silvermay has raised as her own, must be freed of his Wyrdborn magic, and it's not just for him she must see this done. Lucien might yet destroy whole kingdoms. And so the three travel to Erebis Felan where the terrible power in Lucien changes him in a way no one could possibly imagine. Now Silvermay's love is challenged like never before, as it is the kind of love Lucien now wants from her that may determine the fate of everyone she cares for. Ages: 12+

» Have you read this book? We'd like to know what you think about it - write a review about Lucien book by James Moloney and you'll earn 50c in Boomerang Bucks loyalty dollars (you must be a Boomerang Books Account Holder - it's free to sign up and there are great benefits!)