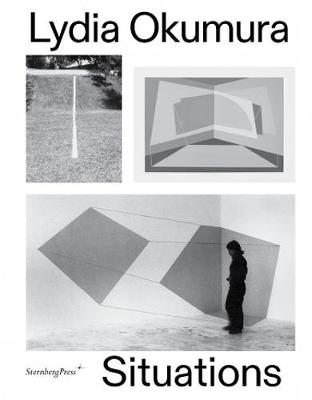 For almost fifty years, Lydia Okumura has explored the realm of geometric abstraction. She challenges our perception of space through sculptures, installations, and works on paper that blur distinctions between dimensions. In the 1970s, a young artist in her native Sao Paulo, she studied the Japanese art magazine Bijutsu Techou, which introduced her to Conceptual art, Minimalism, Land art, and Arte Povera. These movements, along with Brazilian Concretism and Neoconcretism, influenced Okumura's work. Using simple materials such as string, glass, and paint, her dynamic work balances line, plane, and shadow.

Okumura's oeuvre--although reminiscent of the work of Latin American artists such as Lygia Pape and Carmen Herrera, as well as contemporaries such as Dorothea Rockburne and Robert Irwin--has remained under-recognized. She has exhibited widely in Sao Paulo and is part of multiple museum collections, but she is much less known in her adopted country, the United States. "Lydia Okumura: Situations" (September 8, 2016-January 8, 2017) is the artist's first solo exhibition in the United States. Through the exhibition and catalogue, the UB Art Galleries seek to encourage a critical reassessment of Okumura's oeuvre within art history. The catalogue includes an essay on Okumura and her work, by curator Rachel Adams; an account of vanguardism in Brazilian art from 1960 to 1975, by art historian Mari Rodriguez Binnie; a conversation between Adams and Okumura; and extensive photo documentation of Okumura's work from the 1970s until today.

» Have you read this book? We'd like to know what you think about it - write a review about Lydia Okumura - Situations book by Rachel Adams and you'll earn 50c in Boomerang Bucks loyalty dollars (you must be a Boomerang Books Account Holder - it's free to sign up and there are great benefits!)


A Preview for this title is currently not available.
More Books By Rachel Adams
View All