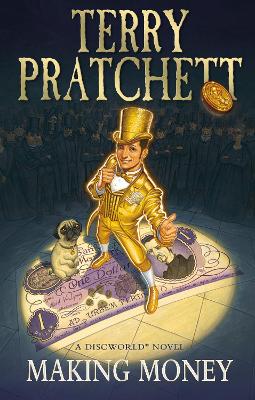 Pratchett takes on the bankers and the financial system in the thirty-sixth Discworld novel.

'As bright and shiny as a newly minted coin; clever, engaging and laugh-out-loud funny' The TimesThe Discworld is very much like our own - if our own were to consist of a flat planet balanced on the back of four elephants which stand on the back of a giant turtle, that is . . .Whoever said you can't fool an honest man wasn't one. The Royal Bank is facing a crisis, and it's time for a change of management.There are a few problems that may arise with the job . . . The Chief Cashier is almost certainly a vampire - there's something nameless in the cellar and it turns out that the Royal Mint runs at a loss. Meanwhile, people actually want to know where the money's gone. It's a job for life.But, as former con-man Moist von Lipwig is learning, that life is not necessarily a long one.He's about to be exposed as a fraud, but if he's lucky the Assassins' Guild might get him first. In fact, a lot of people want him dead. Everywhere he looks he's making enemies.Oh. And every day he has to take the Chairman for walkies. ____________________The Discworld novels can be read in any order but Making Money is the second book in the Moist von Lipwig series. 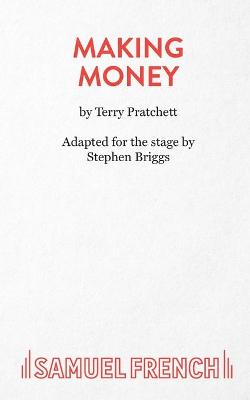 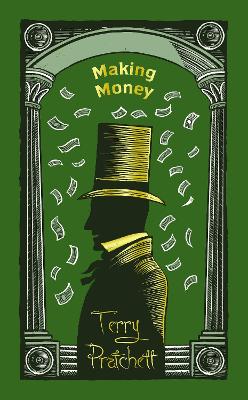 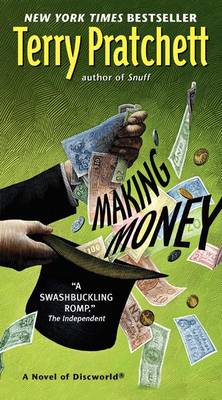 » Have you read this book? We'd like to know what you think about it - write a review about Making Money book by Terry Pratchett and you'll earn 50c in Boomerang Bucks loyalty dollars (you must be a Boomerang Books Account Holder - it's free to sign up and there are great benefits!)