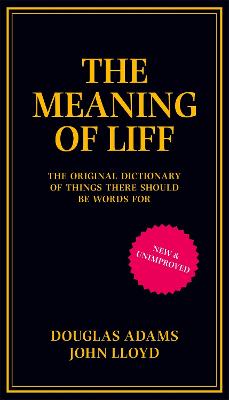 The Meaning of Liff

The Original Dictionary Of Things There Should Be Words For

Description - The Meaning of Liff by Douglas Adams

In Life* there are many hundreds of common experiences, feelings, situations and even objects which we all know and recognize, but for which no words exist.
On the other hand, the world is littered with thousands of spare words which spend their time doing nothing but loafing about on signposts pointing at places."
Douglas Adams and John Lloyd saw it as their job to get these words down off the signposts and into the mouths of babes and sucklings and so on, where they could start earning their keep in everyday conversation and make a more positive contribution to society. The Meaning of Liff was the bestselling humour book that resulted. It sold hundreds of thousands of copies and remains to this day, nearly thirty years later, a much-loved classic of its kind.
*And, indeed, Liff

Other Editions - The Meaning of Liff by Douglas Adams 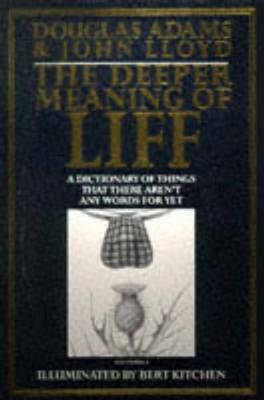 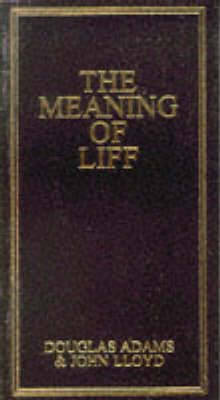 Book Reviews - The Meaning of Liff by Douglas Adams

» Have you read this book? We'd like to know what you think about it - write a review about Meaning of Liff book by Douglas Adams and you'll earn 50c in Boomerang Bucks loyalty dollars (you must be a Boomerang Books Account Holder - it's free to sign up and there are great benefits!)

Douglas Adams was the world-famous creator of the 'Hitchhiker's Guide to the Galaxy', which has been a radio sitcom, a TV drama, a film and a series of bestselling novels. He was also the author of, among other things, two novels starring the metaphysical detective Dirk Gently: 'Dirk Gently's Holistic Detective Agency' and 'The Long Dark Teatime of the Soul'. John Lloyd is one of the most successful television comedy producers of all time, having been responsible for "Not the Nine O'Clock News", "Blackadder", "QI" and "The Hitchhiker's Guide to the Galaxy".

A Preview for this title is currently not available.
More Books By Douglas Adams
View All