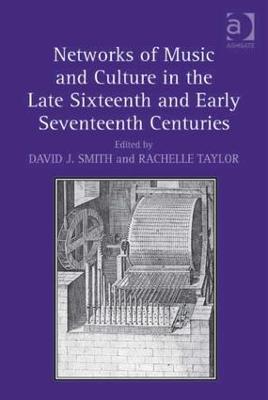 A Collection of Essays in Celebration of Peter Philips's 450th Anniversary

Description - Networks of Music and Culture in the Late Sixteenth and Early Seventeenth Centuries by David J. Smith

Peter Philips (c.1560-1628) was an English organist, composer, priest and spy. He was embroiled in multifarious intersecting musical, social, religious and political networks linking him with some of the key international players in these spheres. Despite the undeniable quality of his music, Philips does not fit easily into an overarching, progressive view of music history in which developments taking place in centres judged by historians to be of importance are given precedence over developments elsewhere, which are dismissed as peripheral. These principal loci of musical development are given prominence over secondary ones because of their perceived significance in terms of later music. However, a consideration of the networks in which Philips was involved suggests that he was anything but at the periphery of the musical, cultural, religious and political life of his day. In this book, Philips's life and music serve as a touchstone for a discussion of various kinds of network in the late sixteenth and early seventeenth centuries. The study of networks enriches our appreciation and understanding of musicians and the context in which they worked. The wider implication of this approach is a constructive challenge to orthodox historiographies of Western art music in the Early Modern Period.

Book Reviews - Networks of Music and Culture in the Late Sixteenth and Early Seventeenth Centuries by David J. Smith

» Have you read this book? We'd like to know what you think about it - write a review about Networks of Music and Culture in the Late Sixteenth and Early Seventeenth Centuries book by David J. Smith and you'll earn 50c in Boomerang Bucks loyalty dollars (you must be a Boomerang Books Account Holder - it's free to sign up and there are great benefits!)

David J. Smith is Head of Music at the University of Aberdeen, where he is also Master of Chapel and Ceremonial Music. He has published on early keyboard music, Scottish music manuscripts and Peter Philips, whose keyboard music he edited for Musica Britannica. He is a General Editor of the Ashgate Historical Keyboard Series. Rachelle Taylor leads an international performing and recording career, with a focus on Renaissance keyboard music. The subject of her PhD dissertation in musicology was the employment of English composers in the Elizabethan and early Jacobean secret services. She teaches music history and literature at McGill University and is music historian at Library and Archives Canada. David J. Smith, Emilie Corswarem, Anne Lyman, Naomi J. Barker, Rachelle Taylor, Frauke Jurgensen, Julia R. Dokter, David Schulenberg, Pieter Dirksen, Peter van Kranenburg, Johan Zoutendijk, John Bryan, Arne Spohr, Hector Sequera, Abigail Ballantyne.

A Preview for this title is currently not available.
More Books By David J. Smith
View All