Alisha Barba's dreams of being a detective were shattered when a murder suspect broke her back across a brick wall. Now on her feet again, she receives a letter from an old school friend, Cate Beaumont, who is eight months pregnant and in trouble. On the night they arrange to meet, Cate is mown down by a car that kills her husband instantly. As paramedics fight to save her life they discover there is no baby. Her pregnancy is an elaborate, mysterious lie. Why? What happened? Alisha is drawn deeper and deeper into a dangerous quest that will take her from the East End of London to Amsterdam's red light district and into a murky underworld of sex trafficking, slavery and exploitation. A compelling page-turner, twists at every turn, THE NIGHT FERRY is world-renowned Michael Robotham's first standalone psychological thriller.

Other Editions - The Night Ferry by Michael Robotham 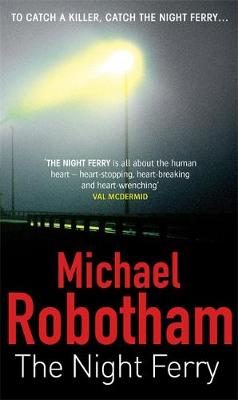 » Have you read this book? We'd like to know what you think about it - write a review about Night Ferry book by Michael Robotham and you'll earn 50c in Boomerang Bucks loyalty dollars (you must be a Boomerang Books Account Holder - it's free to sign up and there are great benefits!)