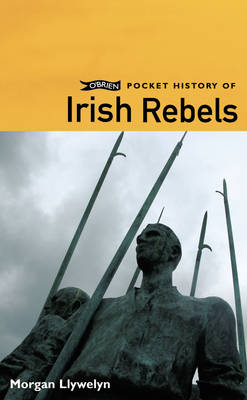 From the daring pirate-queen Grace O'Malley to the fiery Protestant lawyer Theobald Wolfe Tone and the courageous priest-patriot Father John Murphy, Ireland's rebels have come from diverse backgrounds. But they all had one thing in common: they weren't afraid to take on a powerful Establishment and claim their right to self-determination. The first half of this lively history shows us the links between the earliest rebellions orchestrated by Celtic nobles such as Donal O'Sullivan Beare, and the more political attempts at emancipation of the 18th and 19th centuries, dominated by the Liberator himself, Daniel O'Connell. The second half includes the seminal period of the Easter Rising and the Civil War, the fight for workers' right led by James Larkin, and the war in Northern Ireland. The personalities featured in this book are: Donal O'Sullivan Beare, Grace O'Malley, Eoin Roe O'Neill, Silken Thomas, Theobold Wolfe Tone, Fr John Murphy, Daniel O'Connell, John Mitchell, William Smith O'Brien, Robert Emmet, Terence MacSwiney, James Larkin, Countess Markievicz, James Connolly, Patrick Pearse, Michael Collins, Gerry Adams, and Bobby Sands.

» Have you read this book? We'd like to know what you think about it - write a review about O'Brien Pocket History of Irish Rebels book by Morgan Llywelyn and you'll earn 50c in Boomerang Bucks loyalty dollars (you must be a Boomerang Books Account Holder - it's free to sign up and there are great benefits!)

Historian and novelist Morgan Llywelyn was born in New York City, but after the death of her husband and parents in 1985 returned to Ireland to take up citizenship in the land of her grandparents and make her permanent home there. After making the shortlist for the United States Olympic Team in Dressage in 1975, but not making the team itself, she turned to writing historical novels exploring her Celtic roots. The most successful of these was Lion of Ireland - The Legend of Brian Boru, which was published in 1980 and has sold into the millions of copies. She received the Novel of the Year Award from the National League of American Penwomen for her novel The Horse Goddess as well as the Woman of the Year Award from the Irish-American Heritage Committee for Bard: The Odyssey of the Irish. The latter award was presented to her by Ed Koch, then-mayor of New York City. Morgan is also the author of A Pocket History of Irish Rebels for the O'Brien Pocket Books Series. In 1990 Morgan Llywelyn turned to writing for the young reader, with the publication of Brian Boru, Emperor of the Irish, a biography in the novelistic style, by The O'Brien Press, Dublin. For this book she won an Irish Children's Book Trust Bisto Award in 1991. Her second book for the young reader is Strongbow, The Story of Richard and Aoife (The O'Brien Press) 1992, for which she won a Bisto Award in the Historical Fiction category, 1993 and the Reading Association of Ireland Award, 1993. Her third novel for young readers, entitled Star Dancer, (The O'Brien Press) was drawn from her experience of the world of showjumping and dressage. She has also written The Vikings in Ireland, an exploration of what actually happened when the Norsemen landed in Ireland. Morgan's latest book for children is Pirate Queen, the story of Grace O'Malley, told partly through letters from Granuaile to her beloved son. It is a thrilling tale of adventure that brings this unorthodox and inspiring historical figure to life. 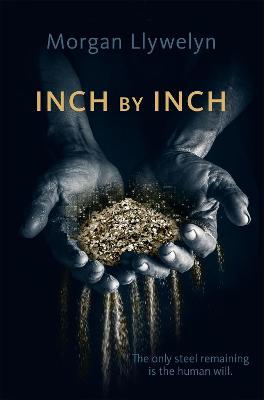 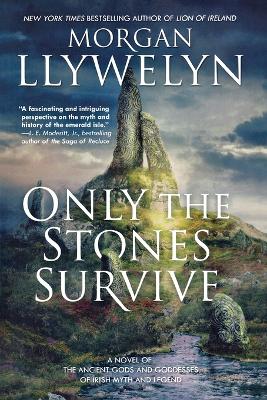