From there to here, from here to there, funny things are everywhere in this hilarious exploration of simple concepts from the irrepressible Dr. Seuss.

This classic Dr. Seuss adventure was first published more than sixty years ago, and it's still a bestseller today. This hilarious exploration of opposites, colours, numbers and nonsense is the perfect gift for children of any age, as Dr. Seuss paints a crazy world of singing Yings, boxing Goxes and seven-hump Wumps!

With his unique combination of hilarious stories, zany pictures and riotous rhymes, Dr. Seuss has been delighting young children and helping them learn to read for over fifty years. Creator of the wonderfully anarchic Cat in the Hat, and ranked among the UK's top ten favourite children's authors, Seuss is firmly established as a global best-seller, with nearly half a billion books sold worldwide. 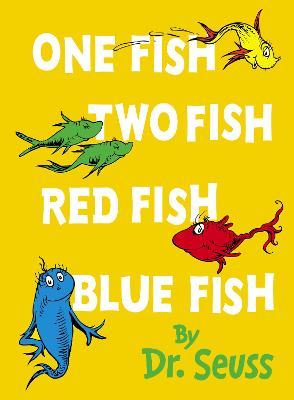 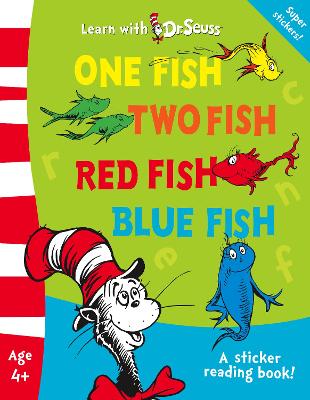 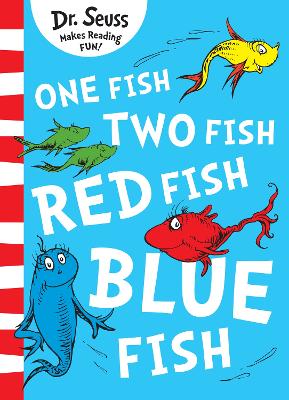 » Have you read this book? We'd like to know what you think about it - write a review about One Fish, Two Fish, Red Fish, Blue Fish book by Dr. Seuss and you'll earn 50c in Boomerang Bucks loyalty dollars (you must be a Boomerang Books Account Holder - it's free to sign up and there are great benefits!)

Theodor Seuss Geisel - better known to millions of his fans as Dr. Seuss - was born the son of a park superintendent in Springfield, Massachusetts, in 1904. After studying at Dartmouth College, New Hampshire, and later at Oxford University in England, he became a magazine humorist and cartoonist, and an advertising man. He soon turned his many talents to writing children's books, and his first book - And To Think That I Saw It On Mulberry Street - was published in 1937. His greatest claim to fame was the one and only The Cat in the Hat, published in 1957, the first of a successful range of early learning books known as Beginner Books.

Tippy and Jellybean - the True Story of a Brave Koala Who Saved Her Baby from a Bushfire
Sophie Cunningham
$16.79 $19.99