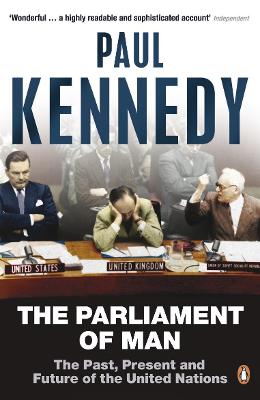 The Parliament of Man

The Past, Present and Future of the United Nations

Description - The Parliament of Man by Paul Kennedy

In the course of the twentieth century, there occurred a development unique in the story of humankind. States, which had defined themselves from Thucydides to Bismarck by their claims to sovereign independence, came together to create international organizations to promote peace, curb aggression, regulate diplomatic affairs, devise an international code of law, encourage social development and foster prosperity. The emergence of this network of global governance was not straightforward and the debate about its role is just as heated today as it was generations ago. In this long-awaited new book, Paul Kennedy, probably the best-selling historian now living, examines this key development in the history of our century. Beginning with the earliest forms of international organization, he goes on to trace the creation and changing role of the UN in the postwar era, and finally suggests how, in the face of new threats to security and the continued vigour of at least some nation states, the institution will need to change over the course of the twenty-first century.

Other Editions - The Parliament of Man by Paul Kennedy 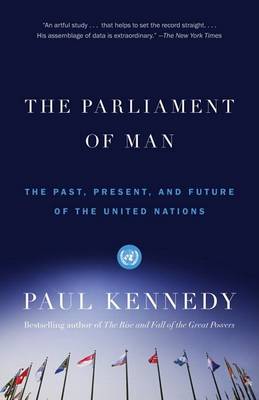 Book Reviews - The Parliament of Man by Paul Kennedy

» Have you read this book? We'd like to know what you think about it - write a review about Parliament of Man book by Paul Kennedy and you'll earn 50c in Boomerang Bucks loyalty dollars (you must be a Boomerang Books Account Holder - it's free to sign up and there are great benefits!)

Paul Kennedy is a Professor of History at Yale University. His books include The Rise and Fall of the Great Powers and Preparing for the Twenty-First Century. He was born and brought up in Newcastle-upon-Tyne.