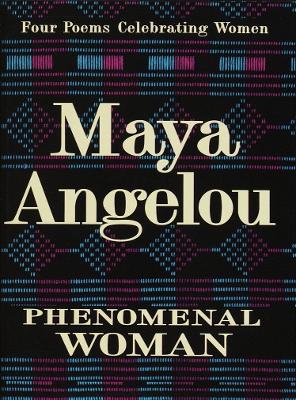 Phenomenal Woman is a phenomenal poem that speaks to us of where we are as women at the dawn of a new century. In a clear voice, Maya Angelou vividly reminds us of our towering strength and beauty. Here is a poem that radiates wisdom and conviction, renewing our belief in the glory and tender mercies of our gender. Married to the extraordinary paintings Paul Gauguin, this book becomes a visionary commemoration of all that is wondrous in women. Gauguin painted women with exuberance and joy, reveling in their strength and beauty. His portraits are of women of color, women of power, women who gaze out at the viewer with the same quiet resolve and inner mystery that Angelou celebrates in her poem. Though Gauguin died twenty-five years before Angelou was born and these two artists lived very different lives in very different cultures, their work coalesces perfectly in this one glorious volume. Here is the ultimate gift for the phenomenal woman in your life-wife, lover, relative, teacher, friend. There's hardly a woman alive today who will not relate to the words of the poet Maya Angelou and the images of painter Paul Gauguin.

» Have you read this book? We'd like to know what you think about it - write a review about Phenomenal Woman book by Maya Angelou and you'll earn 50c in Boomerang Bucks loyalty dollars (you must be a Boomerang Books Account Holder - it's free to sign up and there are great benefits!)

Dr. Maya Angelou (1928-2014) was one of the most renowned and influential voices of our time. Hailed as a global renaissance woman, she was a celebrated poet, memoirist, novelist, educator, historian, producer, actor, director, filmmaker and civil rights activist. Born in St. Louis, Missouri, she was raised there and in Stamps, Arkansas. By the mid-50s, she had become a dancer, touring Europe with a production of Porgy and Bess, recorded her first album, Calypso Lady, acted Off-Broadway for the first time and wrote Cabaret for Freedom. In the 1960's. she moved to Cairo and Ghana, editing, teaching and mastering a number of languages, returning in 1964 to America to work first with Malcolm X and then with Dr. Martin Luther King. In the 1970s she wrote screenplays, composed scores, was nominated for a Pulitzer Prize as a screenwriter, appeared on television and in films and published. She is renowned for her series of autobiographies, the most famous being I Know Why the Caged Bird Sings, which was nominated for a National Book Award in 1970. The list of her published verse, non-fiction, and fiction includes more than 30 bestselling titles. Dr. Angelou served on two presidential c

A Preview for this title is currently not available.
More Books By Maya Angelou
View All