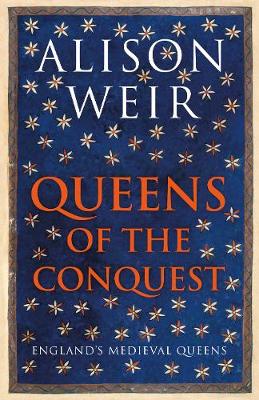 Queens of the Conquest

Description - Queens of the Conquest by Alison Weir

A Daily Telegraph Book of the Year

The story of England's medieval queens is vivid and stirring, packed with tragedy, high drama and even comedy. It is a chronicle of love, murder, war and betrayal, filled with passion, intrigue and sorrow, peopled by a cast of heroines, villains, stateswomen and lovers. In the first volume of this epic new series, Alison Weir strips away centuries of romantic mythology and prejudice to reveal the lives of England's queens in the century after the Norman Conquest.

Beginning with Matilda of Flanders, who supported William the Conqueror in his invasion of England in 1066, and culminating in the turbulent life of the Empress Maud, who claimed to be queen of England in her own right and fought a bitter war to that end, the five Norman queens emerge as hugely influential figures and fascinating characters.

Much more than a series of individual biographies, Queens of the Conquest is a seamless tale of interconnected lives and a rich portrait of English history in a time of flux. In Alison Weir's hands these five extraordinary women reclaim their rightful roles at the centre of English history.


Other Editions - Queens of the Conquest by Alison Weir 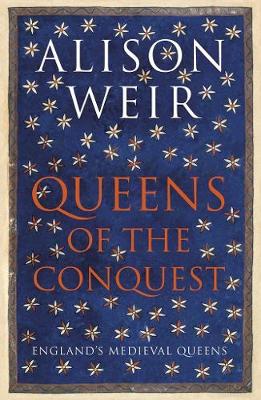 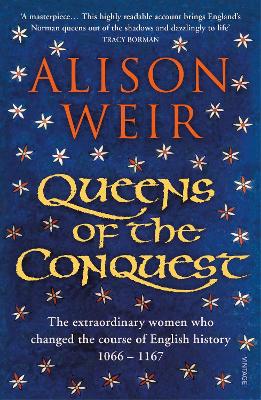 Book Reviews - Queens of the Conquest by Alison Weir

» Have you read this book? We'd like to know what you think about it - write a review about Queens of the Conquest book by Alison Weir and you'll earn 50c in Boomerang Bucks loyalty dollars (you must be a Boomerang Books Account Holder - it's free to sign up and there are great benefits!)

Alison Weir is one of Britain's top-selling historians. She is the author of numerous works of history and historical fiction, specialising in the medieval and Tudor periods. Her bestselling history books include The Six Wives of Henry VIII, Eleanor of Aquitaine, Elizabeth of York and, most recently, The Lost Tudor Princess. Her novels include Innocent Traitor, Katherine of Aragon- The True Queen and Anne Boleyn- A King's Obsession. She is an Honorary Life Patron of Historic Royal Palaces. She is married with two adult children and lives and works in Surrey.

A Preview for this title is currently not available.
More Books By Alison Weir
View All