Description - The Rainbow by D.H. Lawrence

With an Introduction and Notes by Lionel Kelly, University of Reading. In 1915, Lawrence's frank representation of sexuality in 'The Rainbow' caused a furore and the novel was seized by the police and banned almost as soon as it was published. Today it is recognised as one of the classic English novels of the twentieth century. 'The Rainbow' is about three generations of the Brangwen family of Nottinghamshire from the 1840s to the early years of the twentieth century. Within this framework Lawrence's essential concern is with the passional lives of his characters as he explores the pressures that determine their lives, using a religious symbolism in which the 'rainbow' of the title is his unifying motif. His primary focus is on the individual's struggle to growth and fulfilment within marriage and changing social circumstances, a process shown to grow more difficult through the generations. Young Ursula Brangwen, whose story is continued in 'Women in Love', is finally the central figure in Lawrence's anatomy of the confining structures of English social life and the impact of industrialisation and urbanisation on the human psyche. AUTHOR: D.H. Lawrence (1885-1930) was an English novelist and poet, whose works were not only controversial during his lifetime, but long after his death. The explicit sexuality of his books, including his most popular work, 'Sons and Lovers', reached a peak with 'Lady Chatterley's Lover', his final book, that was not published in an unexpurgated form in the U.K. until after a court case for obscenity was dismissed, in 1960.

Other Editions - The Rainbow by D.H. Lawrence 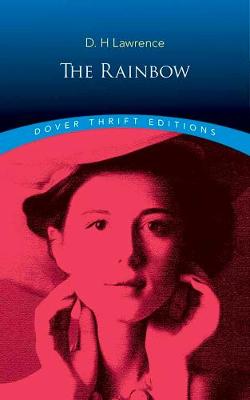 » Have you read this book? We'd like to know what you think about it - write a review about Rainbow book by D.H. Lawrence and you'll earn 50c in Boomerang Bucks loyalty dollars (you must be a Boomerang Books Account Holder - it's free to sign up and there are great benefits!)


A Preview for this title is currently not available.
More Books By D.H. Lawrence
View All