DEATH IS MISSING - PRESUMED. . . ER. . . GONE.Which leads to the kind of chaos you always get when an important public service is withdrawn.Meanwhile, on a little farm far, far away, a tall, dark stranger is turning out to be really good with a scythe. There's a harvest to be gathered in. 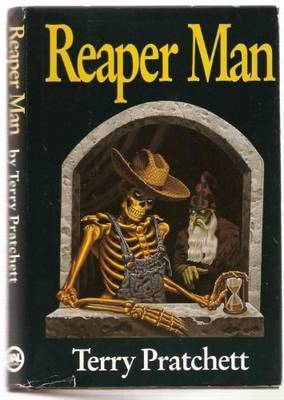 » Have you read this book? We'd like to know what you think about it - write a review about Reaper Man book by Terry Pratchett and you'll earn 50c in Boomerang Bucks loyalty dollars (you must be a Boomerang Books Account Holder - it's free to sign up and there are great benefits!)