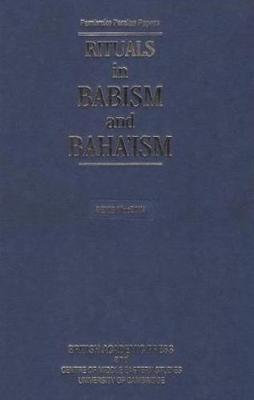 Babism and its offshoot Baha'ism first evolved from mainstream Islam in 19th century Iran, in the face of fierce opposition from the Islamic clergy and most Muslims. Because of this, and because European and American converts to Baha'ism found the rituals inappropriate and puzzling, the codes prescribed by the Bab and revised by Baha'Allah were often not put into practice; additionally, many of the early texts on Babism and Baha'ism have until now been unpublished and are therefore unknown. This comprehensive account in English of the religious rituals and practices of Babish and Baha'ism provides detailed descriptions of such practices as prayer, pilgrimage, the use of talismen, ritual purity, birth marriage and death, festivals and fasting. Including translations of key passages from Arabic and Persian texts, this study will be of interest to all those concerned with comparative religions and the history of Islam. » Have you read this book? We'd like to know what you think about it - write a review about Rituals in Babism and Baha'ism book by Denis Martin MacEoin and you'll earn 50c in Boomerang Bucks loyalty dollars (you must be a Boomerang Books Account Holder - it's free to sign up and there are great benefits!)


A Preview for this title is currently not available.
More Books By Denis Martin MacEoin
View All