'The Best Thriller Writer Alive' Ken FollettThere's one last change for justice . . .They dreamed of changing the world. Instead they're facing a mountain of debt and no hope of a future.Mark, Todd and Zola are starting to realise it's not even worth graduating from law school. They're better off hanging out at The Rooster Bar, plotting how to dodge the loan sharks.But maybe there's another way. Maybe they know enough about the law to pass as lawyers.Because it turns out the crooked hedge fund billionaire who owns their law school also runs the bank that arranged their student loans.And it's time justice was served. Even if it means taking on the FBI to do it . . .Praise for The Rooster Bar'Scintillating storytelling' - The Sunday Times'A buoyant, mischievous thriller . . . This reliable best-selling author is feeling real pleasure, and not just obligation, in delivering his work' - New York Times'A wild, hard-to-put-down romp' - Pittsburgh Post-Gazette 350+ million copies, 45 languages, 9 blockbuster films:NO ONE WRITES DRAMA LIKE JOHN GRISHAM

Other Editions - The Rooster Bar by John Grisham 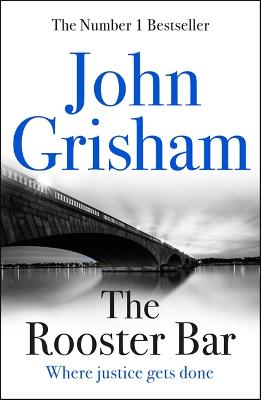 » Have you read this book? We'd like to know what you think about it - write a review about Rooster Bar book by John Grisham and you'll earn 50c in Boomerang Bucks loyalty dollars (you must be a Boomerang Books Account Holder - it's free to sign up and there are great benefits!)